So, as you might have read in my previous life update post, something BIG that happened last month that I’m super proud of, so I wanted to tell you a little more about it here!

So back in February + March I spent a lot of time filming with BBC Newsbeat.  They contacted me after having seen my Roaccutane videos on my YouTube channel and asked if I would be interested in presenting a short documentary for BBC iPlayer all about acne.  I obviously replied straight away but didn’t actually think it would actually happen (you get used to receiving incredible opportunities and loosing out to them last minute to other people in this industry), but after a meeting, it was confirmed to go ahead!

Myself, Newsbeat Presenter Ben Mundy and a camera man or two travelled around the UK, visiting some incredible people in Edinburgh, Manchester, Leicester and Cheltenham who have all dealt with acne to discuss how acne has affected their life, treatment they’ve tried and most importantly, how to feel good about yourself with the skin condition.

Some behind the scenes pictures! 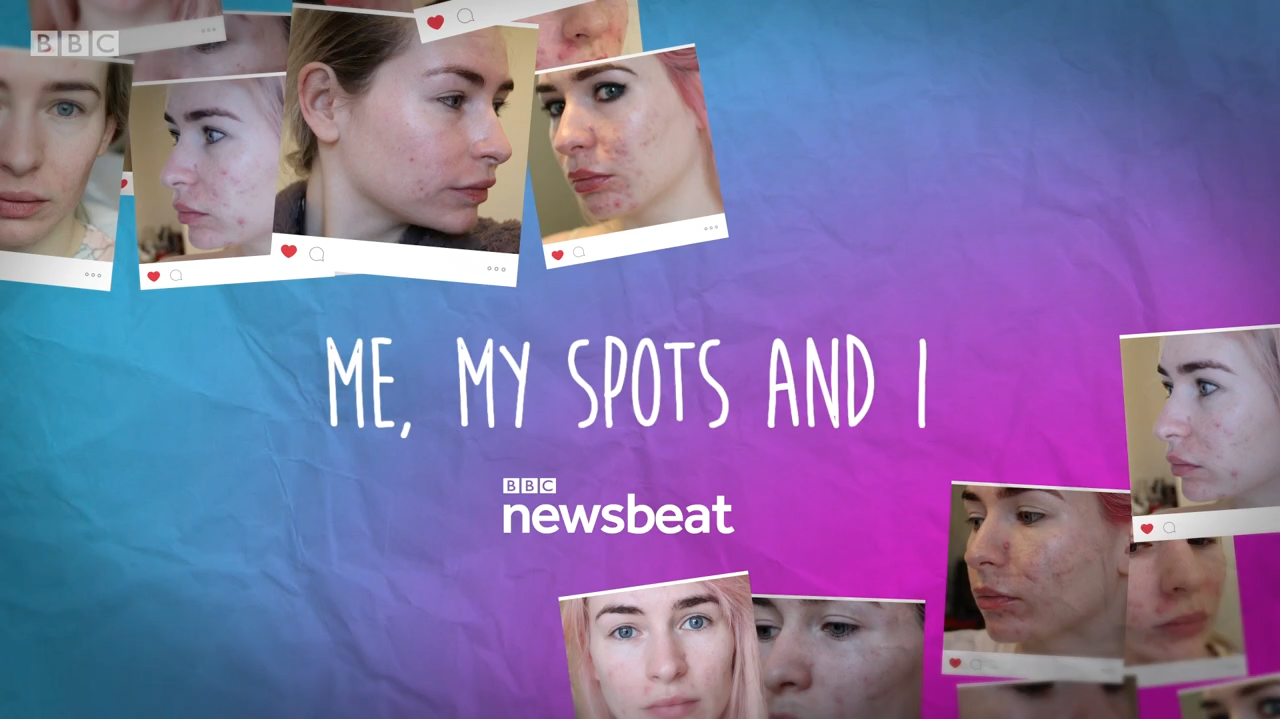 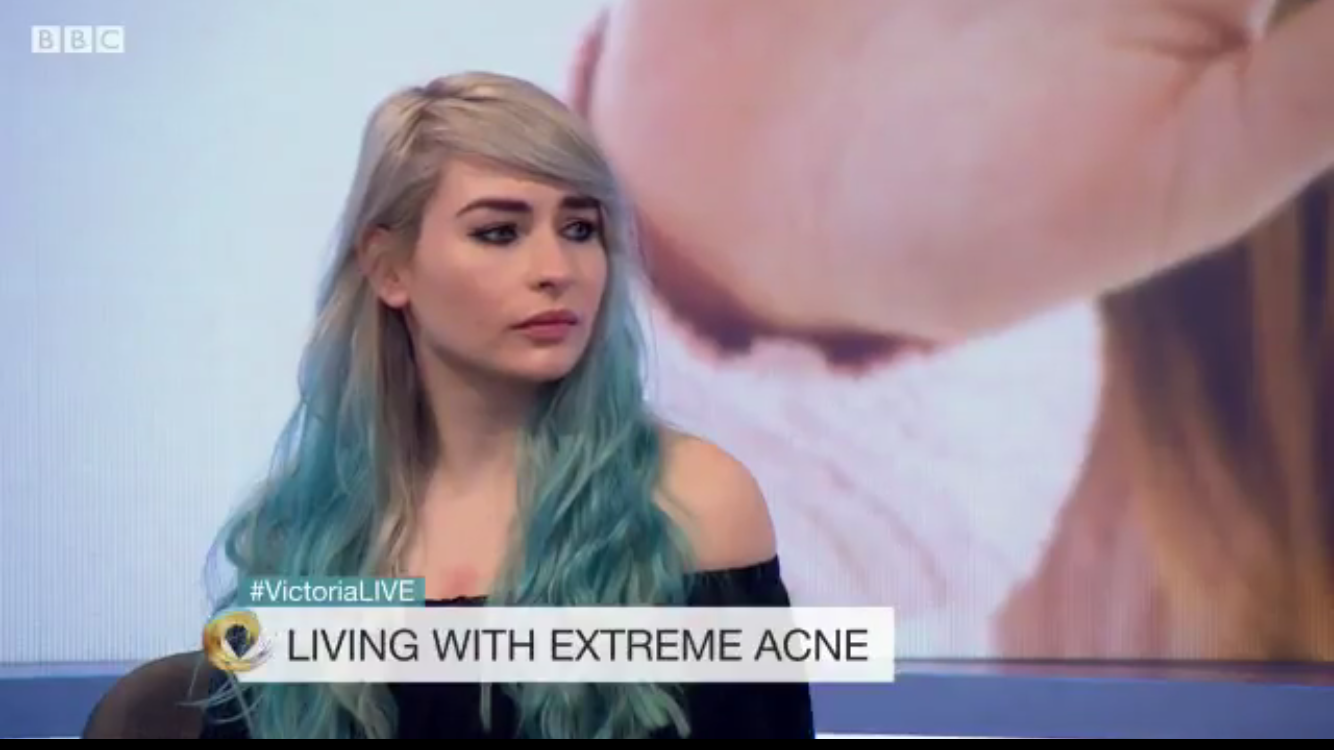 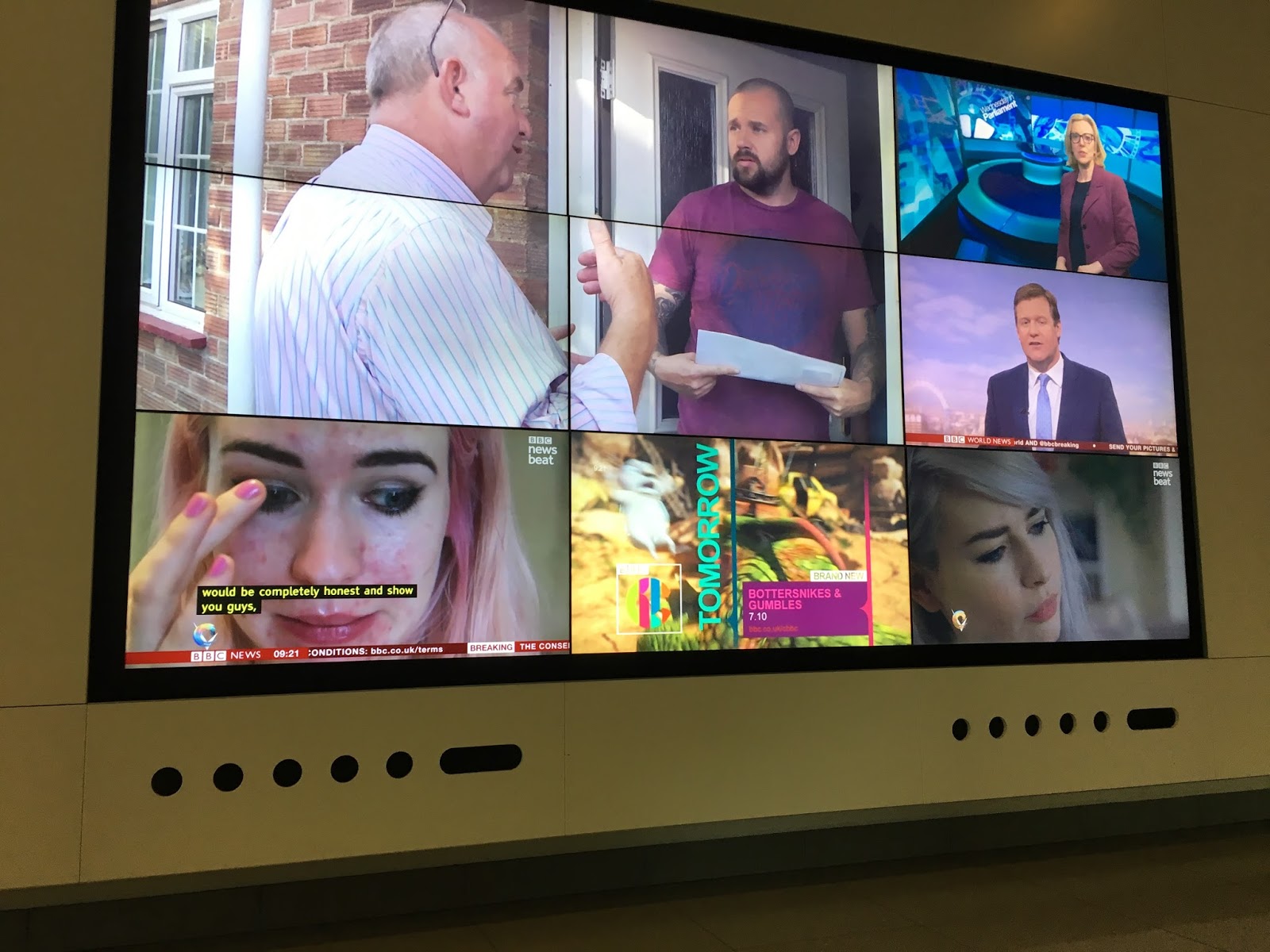 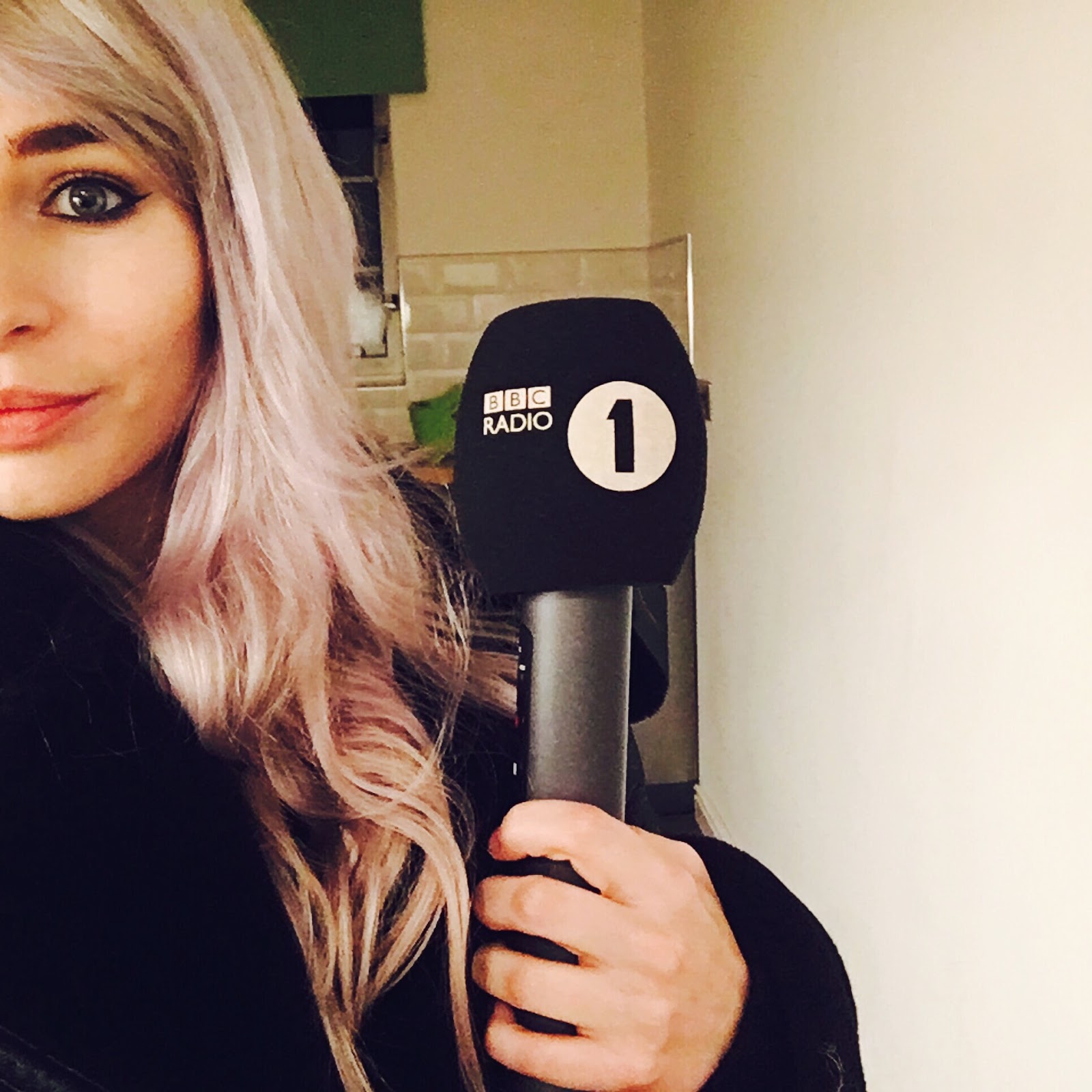 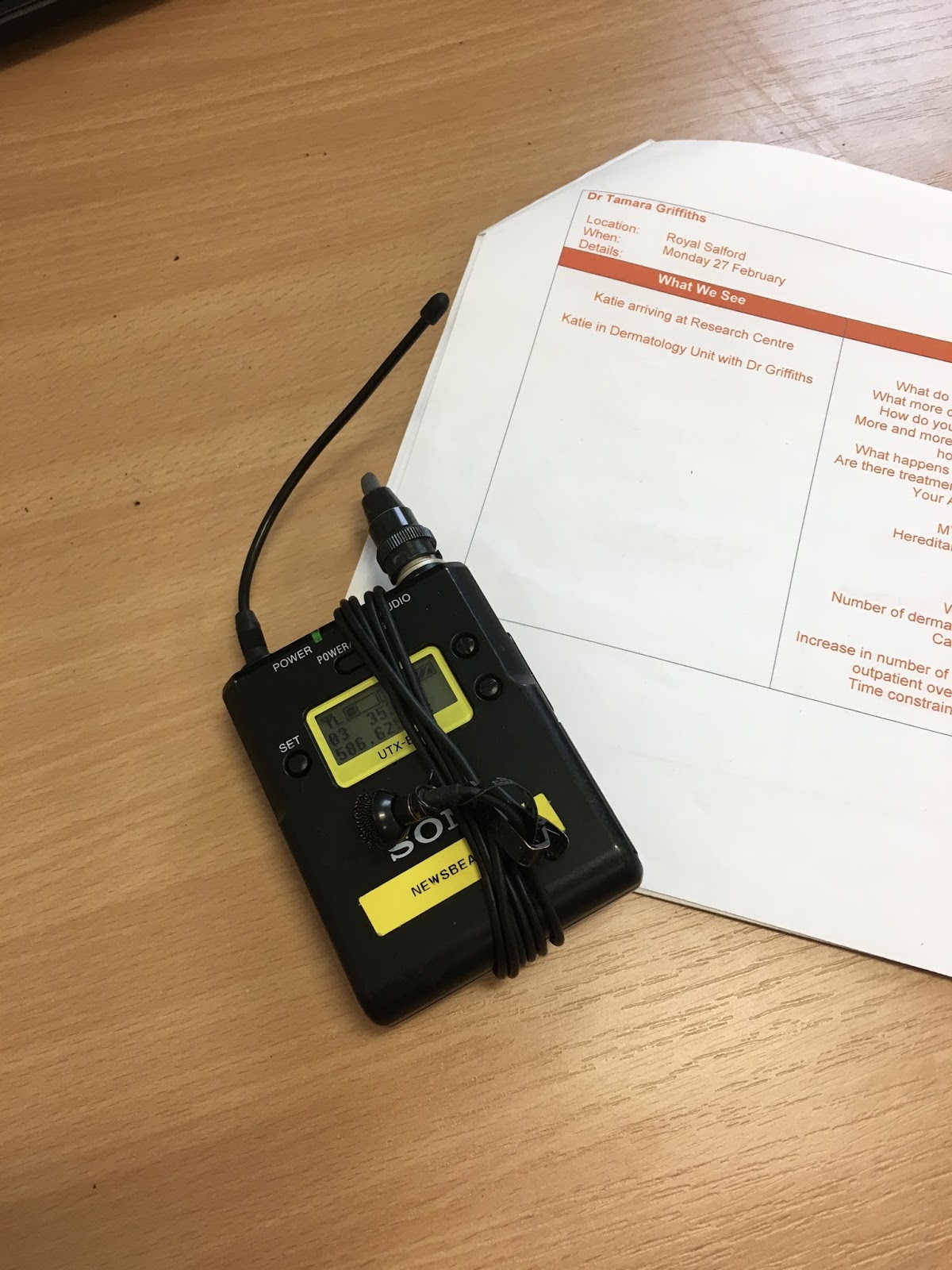 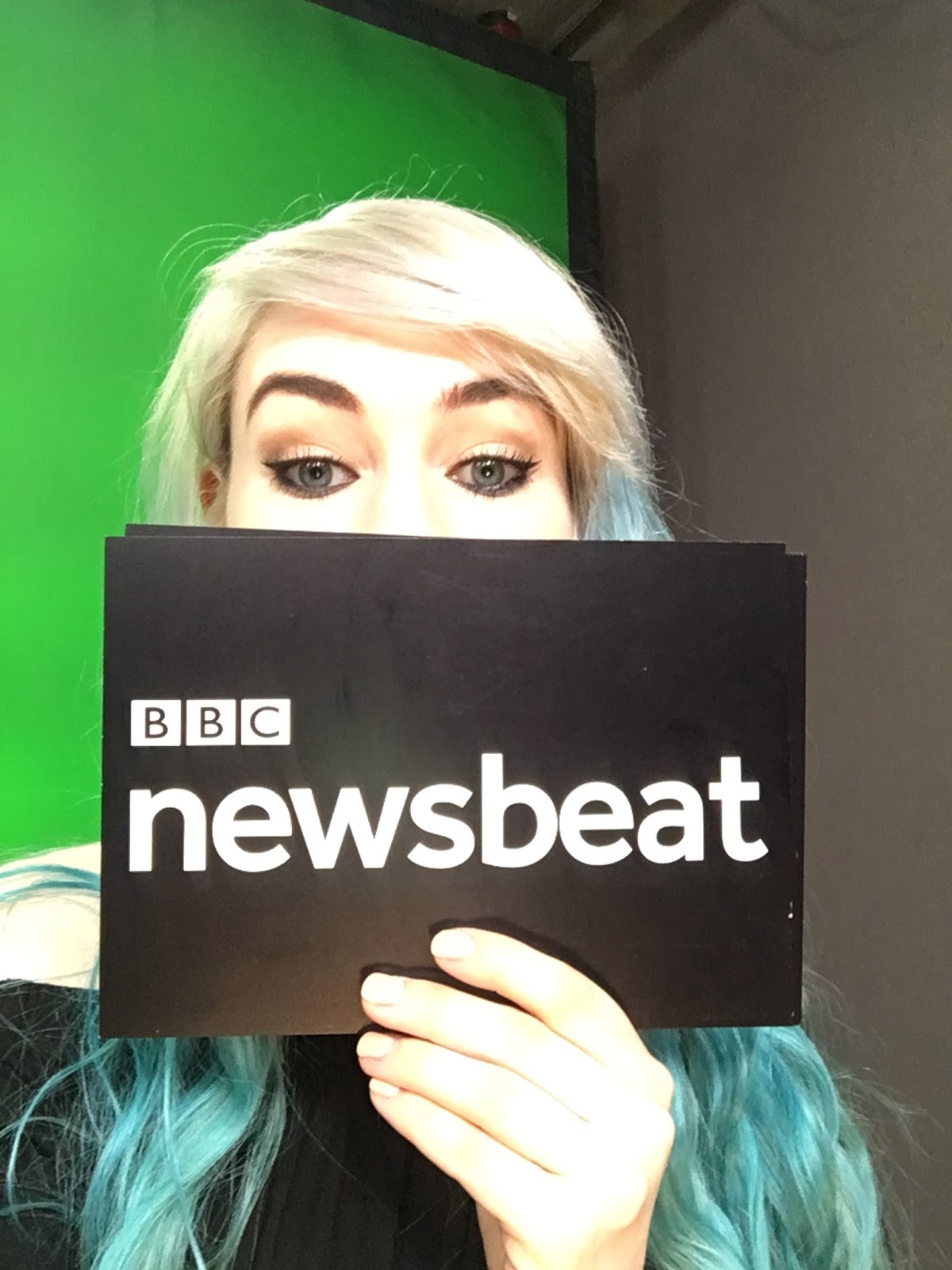 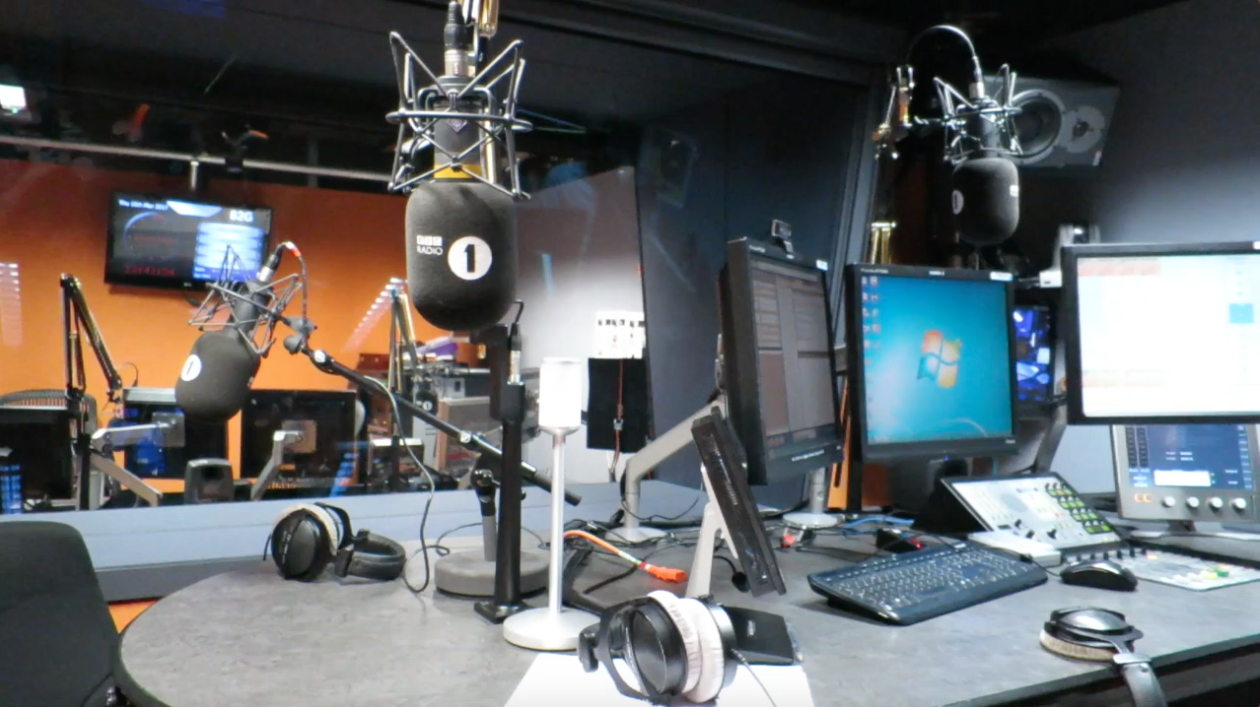 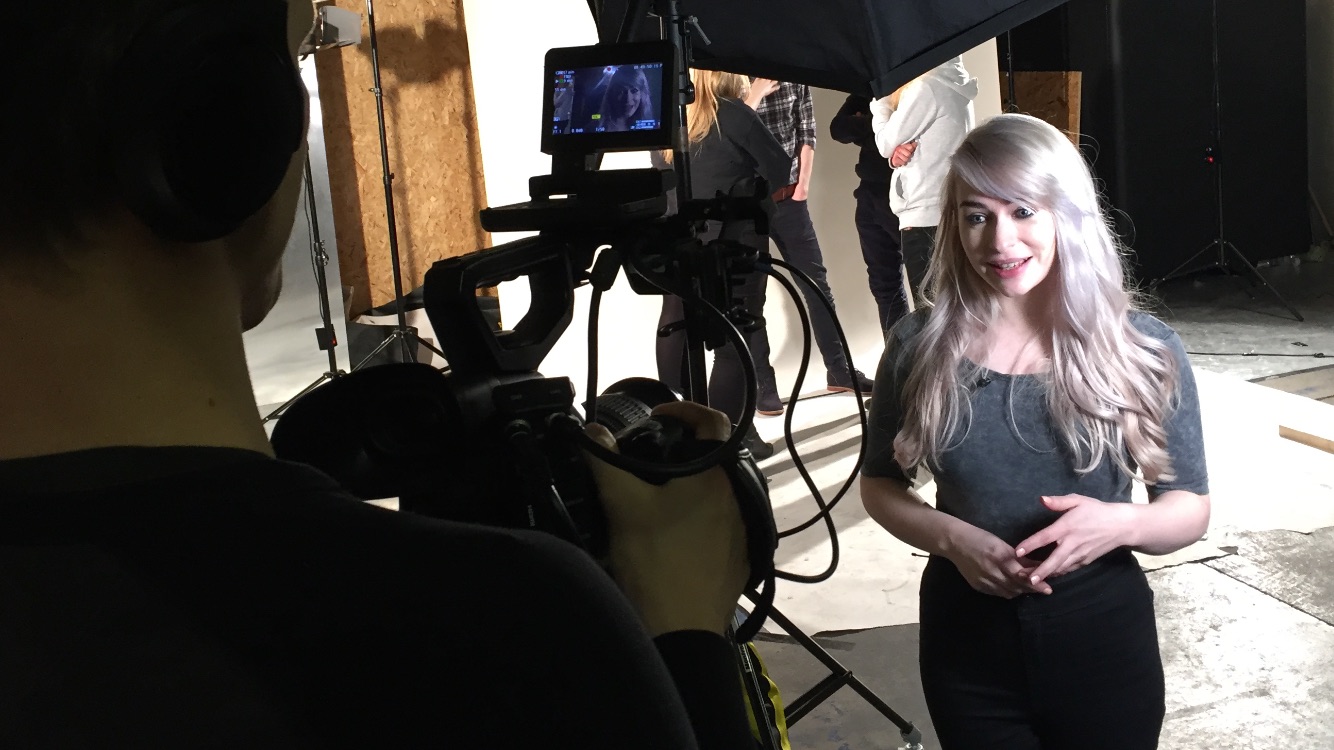 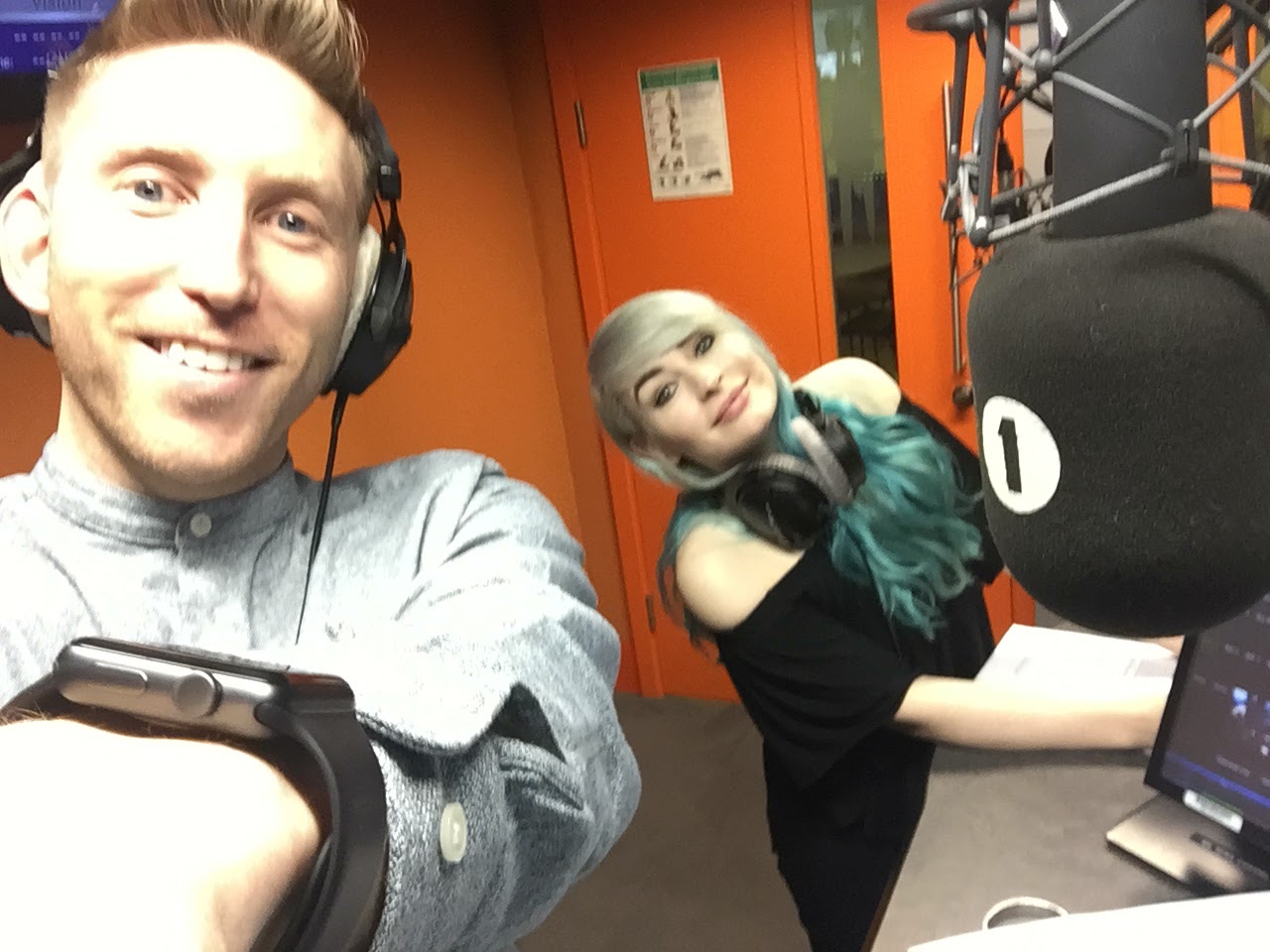 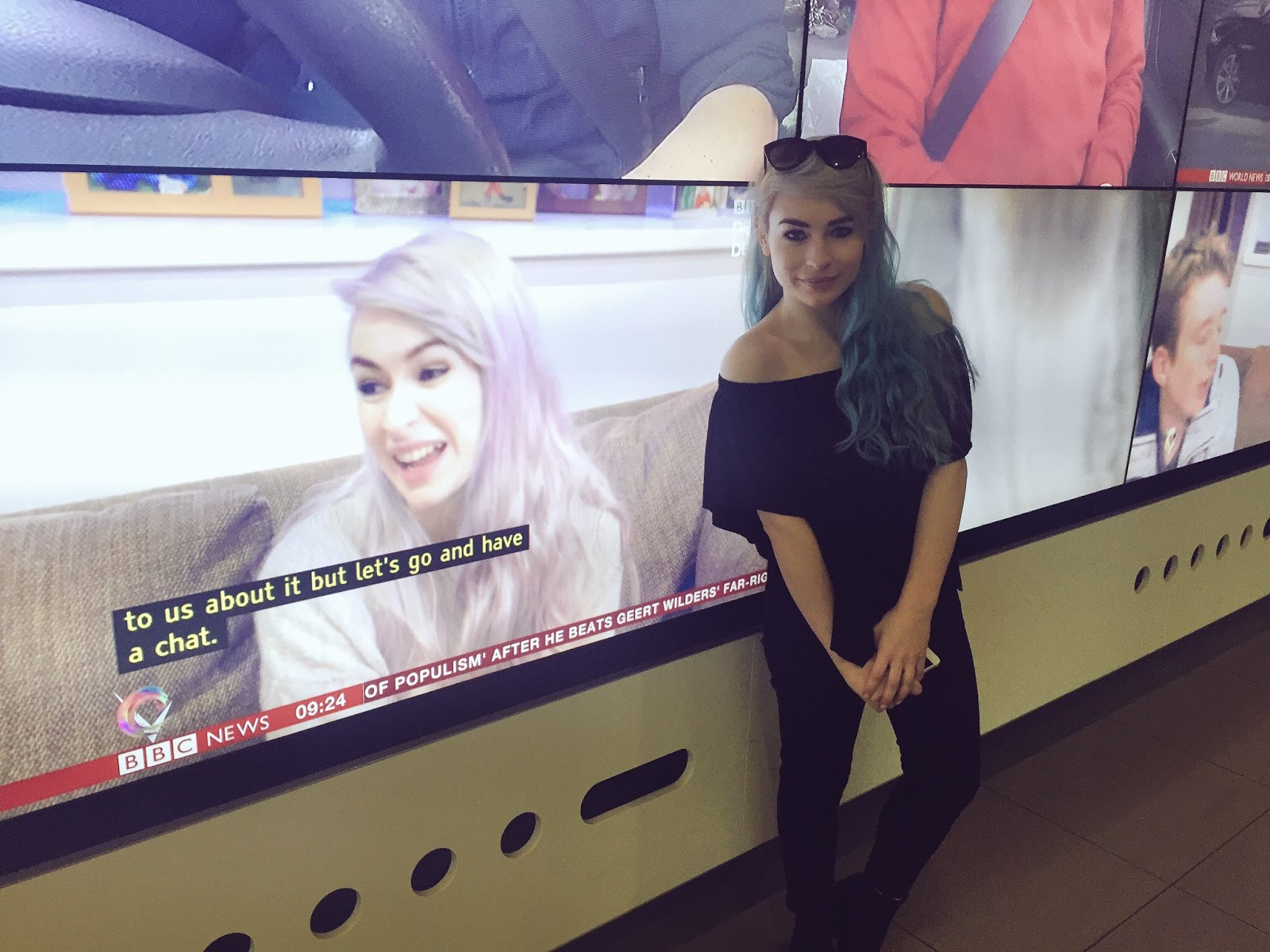 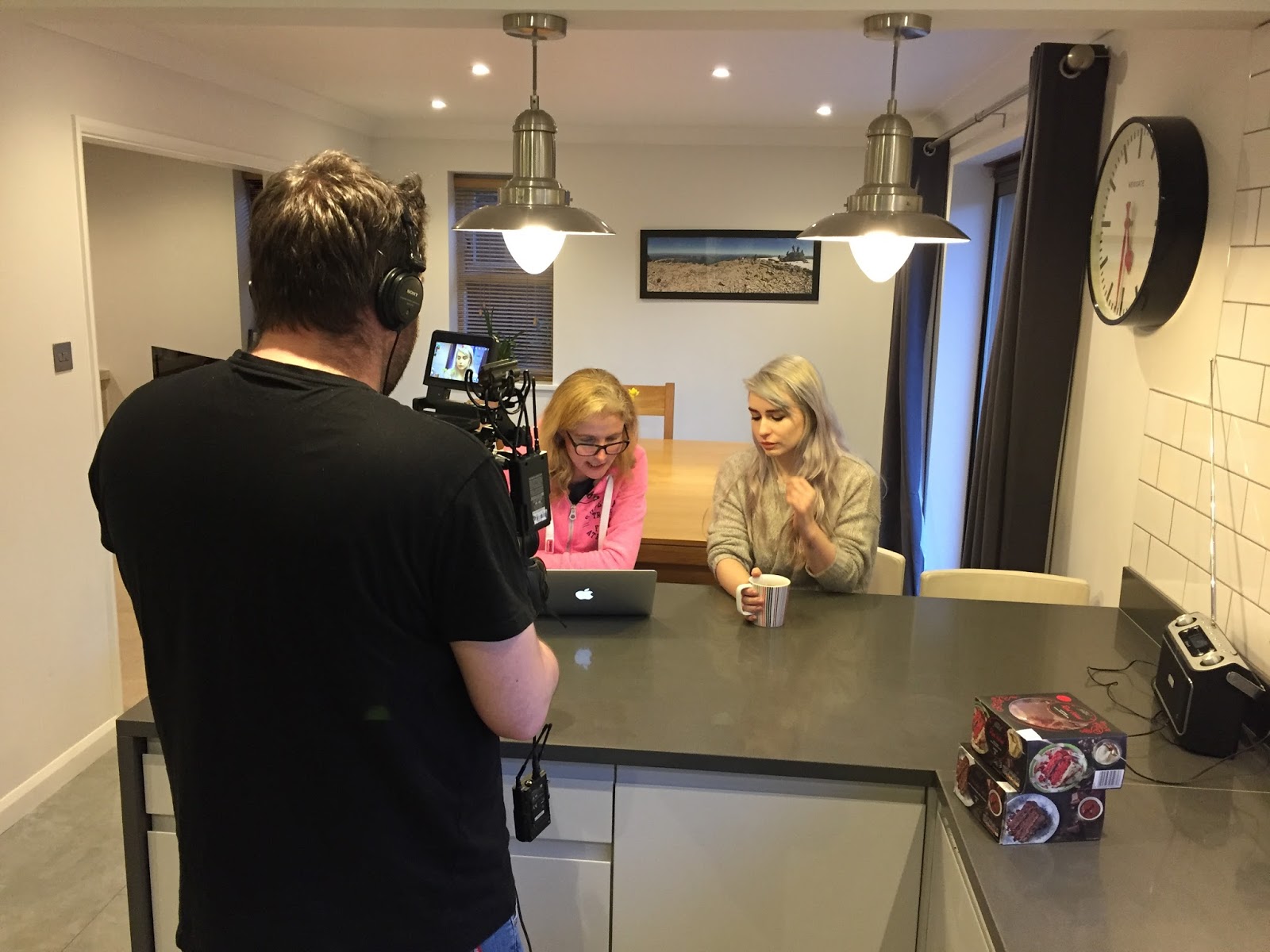 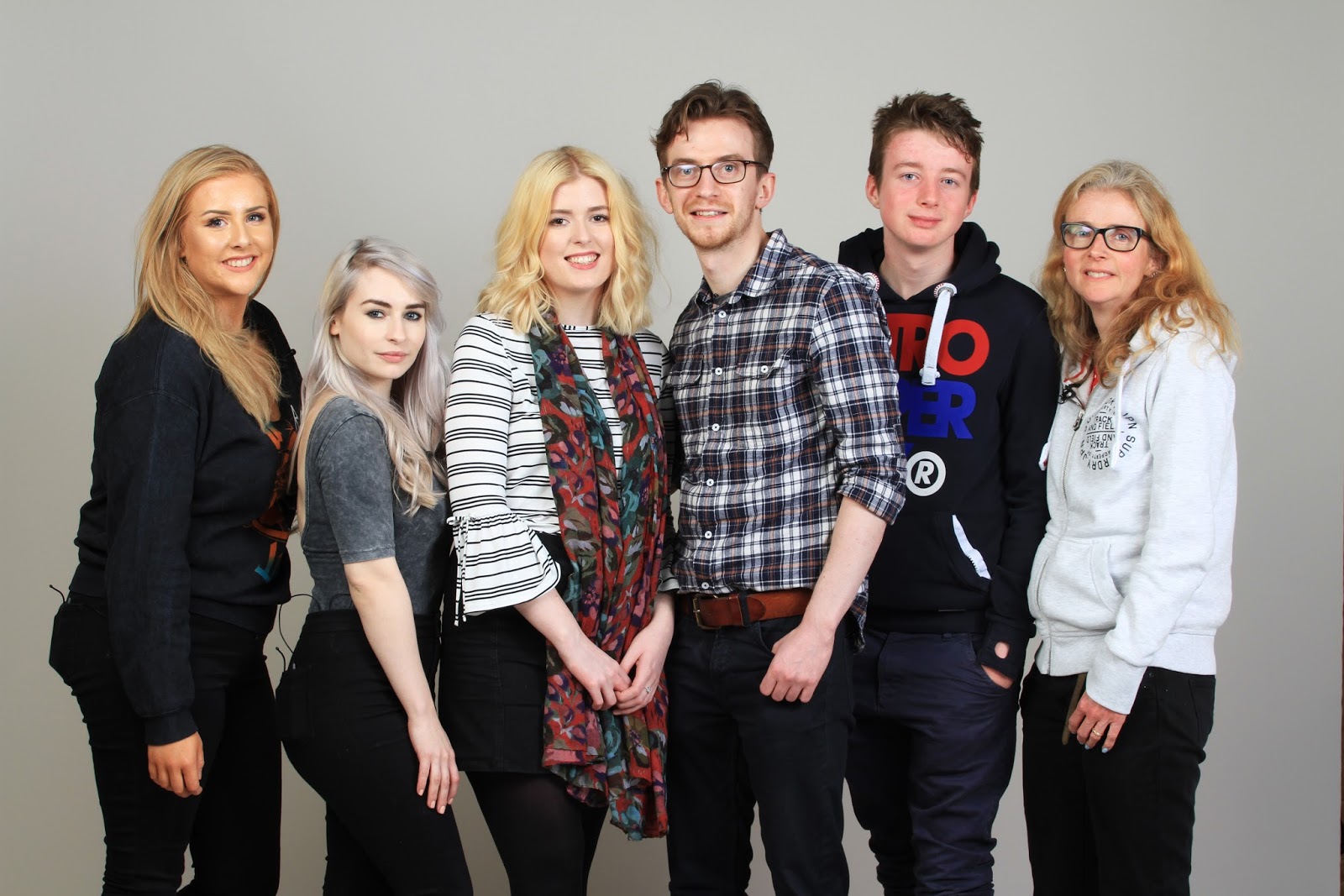 Having had acne myself, for 10 years, the whole process of creating the documentary was a real emotional journey for me.  Thankfully Roaccutane has currently helped cure my blemishes, but that hasn’t worked for everyone and it was heartbreaking to meet so many beautiful people who are suffering with bad skin.  It’s also so upsetting to me that it is 2017 and there is still no real ‘cure’ for acne.

I met a dermatologist along the way who talked me through current medicines available,  as well as Sarah and her son George who both developed bad skin in their teen years and who are both currently on Roaccutane.  George was an absolute inspiration, he takes his skin in his stride and has brilliant come backs to those who make remarks about his blemishes.  I met Jessica and her boyfriend Brendan (we went trampolining, very fun) as well as Libby and her friends (we had a night out in Edinburgh, I obviously got tipsy!) and we discussed how acne affects their life, particularly with dating, socialising and the types of treatment they’re now trying.

The documentary came out on March 16th and it was honestly one of the best days of my life to date.  It was overwhelming to see something we worked so hard and passionately on, come together and to hear people discussing it.  I was on Radio 1 Newsbeat talking about spots and also on the Victoria Derbyshire Show on BBC2 talking live about the documentary (so nerve-wracking, but an incredible experience)!

You can watch the doc here on BBC iPlayer and I would absolutely love to hear what you think of it!  It was my first time presenting or talking to camera (outside of my house with my own set up!) and I was super nervous throughout but I’m incredibly proud of it and I really hope it helps any of you also suffering with acne.

Now finger’s crossed to more incredibly opportunities like this in the future!  (Also a big thank you to Newsbeat for giving me this op, eternally grateful).

Have you watched the programme?  What did you think?