Every year since starting this blog, on New Year’s Day I have written a past year round up and NYR post.  Every year without fail I thoroughly look forward to writing this particular content but this year (as you can tell from the late date) I just haven’t wanted to…

2016 felt like a mess to me.  I really felt like it was the end of the world – politically, personally, mentally (I’ll expand on what’s been happening in my personal life soon).  But instead of dwelling on the negatives, I want to pull some of my highlights from the past 12 months together (if at least for some good memories). 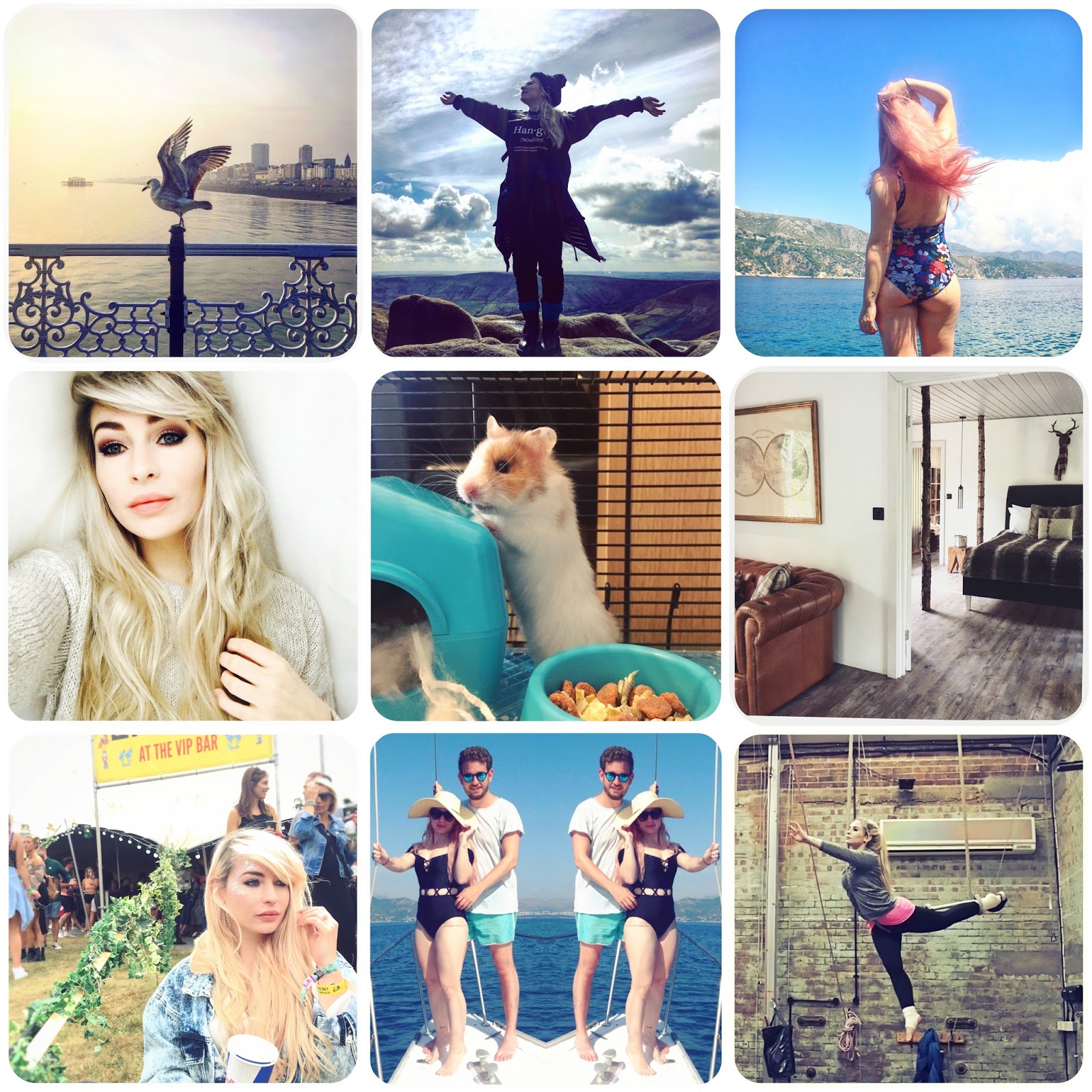 Be strong, mentally and physically

I am the world’s most sensitive soul and I really want to become more confident, strong and positive mentally.  I cry a lot, take things personally and don’t always have much faith in myself and I desperately want to work on these things.

I have also really seen an increase in my body strength since training in aerial circus arts for the whole of last year, so I want to keep this up and master the advance moves by increasing my body strength.

Get into a routine

Since working for myself, I haven’t had much of a routine and I want this to change.  I want to implement little tasks into my every day life as I feel this will make me a better and happier person.  Things like writing a paragraph about my day every night before bed, waking up early at the same time everyday, doing 10 minutes of yoga/meditation etc.  If anyone has a little routine they do daily, I’d love to hear them!

2017 really is a fresh start for me in a lot of ways and I’m ready to make changes now.  Something in my head  recently just switched; I woke up one day I had no impulse or urge to buy anything, and it’s stuck.  I realise that sounds ridiculous, but I’ve never felt like this before.

I’ll browse my favourite stores and I literally want NOTHING.  On top of that I’ve started really clearing out my clutter.  I just don’t need these things to make me happy – because I have them all and I’m still not happy!  Less is more will definitely be my mantra this year.  I’m not saying I won’t do any more hauls on my YouTube channel, but I’m not going to purchase to excess.

I had to really think about highlights from last year but once I started, I realised there were some notable, big highlights for me.

A little something entered my life in 2016 and she brings me so much joy.  Echo was a birthday present from my sister in August and I literally couldn’t imagine my life without her.  When I am feeling down, seeing her little face is the only thing that cheers me up.  She’s feisty, cheeky, adventurous, so beautiful and soft and I bloody adore her so much.  She’s the most spoilt hamster there ever was!

Roaccutane changed my life in multiple ways last year.  Most importantly,  I have clear skin for the first time in 10 years and I can’t express how incredible this feels.  With this came multiple side effects (mostly bad) and lot’s of press attention so it’s been a crazy journey.  I have one month left to go on the medication now, but for giving me clear skin, it’s been one of the best decisions I’ve ever made.

I climbed two mountains!  Something I thought I’d never say, haha!  Andrew and I climbed Kinder Scout in the spring with his parents and I adored it so much, I encouraged my family to climb Snowdon with Andrew’s in the summer.  Both were exhausting, emotional and testing but I am so proud of myself for this and would love to climb another soon! I’m a changed woman, ha!

In July,  Andrew and I moved from zone 2 to 3 into a spacious 2 bedroom flat in East London.  Not gonna lie, it was one of the hardest things to do (I think I had 7 breakdowns because of stress) but it’s meant that I now have my very own office to work in which has been incredible for motivation.

Looking back, I had multiple mini trips away last year and I would love to do more travelling in 2017.  Highlights included Glamping at North Star Club in York, exploring Canterbury, Brighton, Bath, Paris and a beautiful week away in Dubrovnik.

I want to say a big thanks to you guys for sticking around and supporting my blog even though it’s taken a back seat to my YouTube channel in 2016.  I have lots of content ideas and I’m feeling very inspired to write more this year so do stick around!

I adore you all and I hope you had a wonderful Christmas and New Year’s too.