Autumn always has been one of my favourite times of year – not only do we get to wrap up, drink hot chocolate & step on crunchy leaves, it’s also time for Halloween!  I’ve been writing notes of what Halloween looks to film for you guys for the past couple of months (eager, much?) and decided this would be the first I filmed this year. 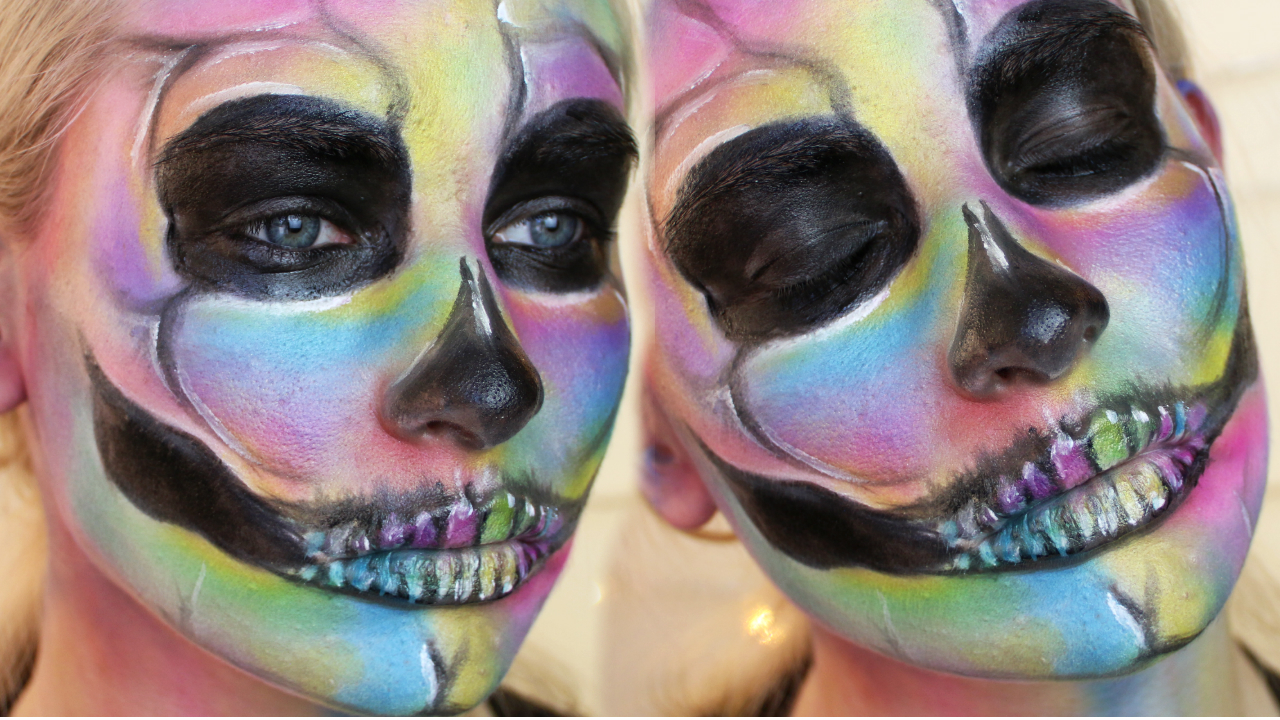 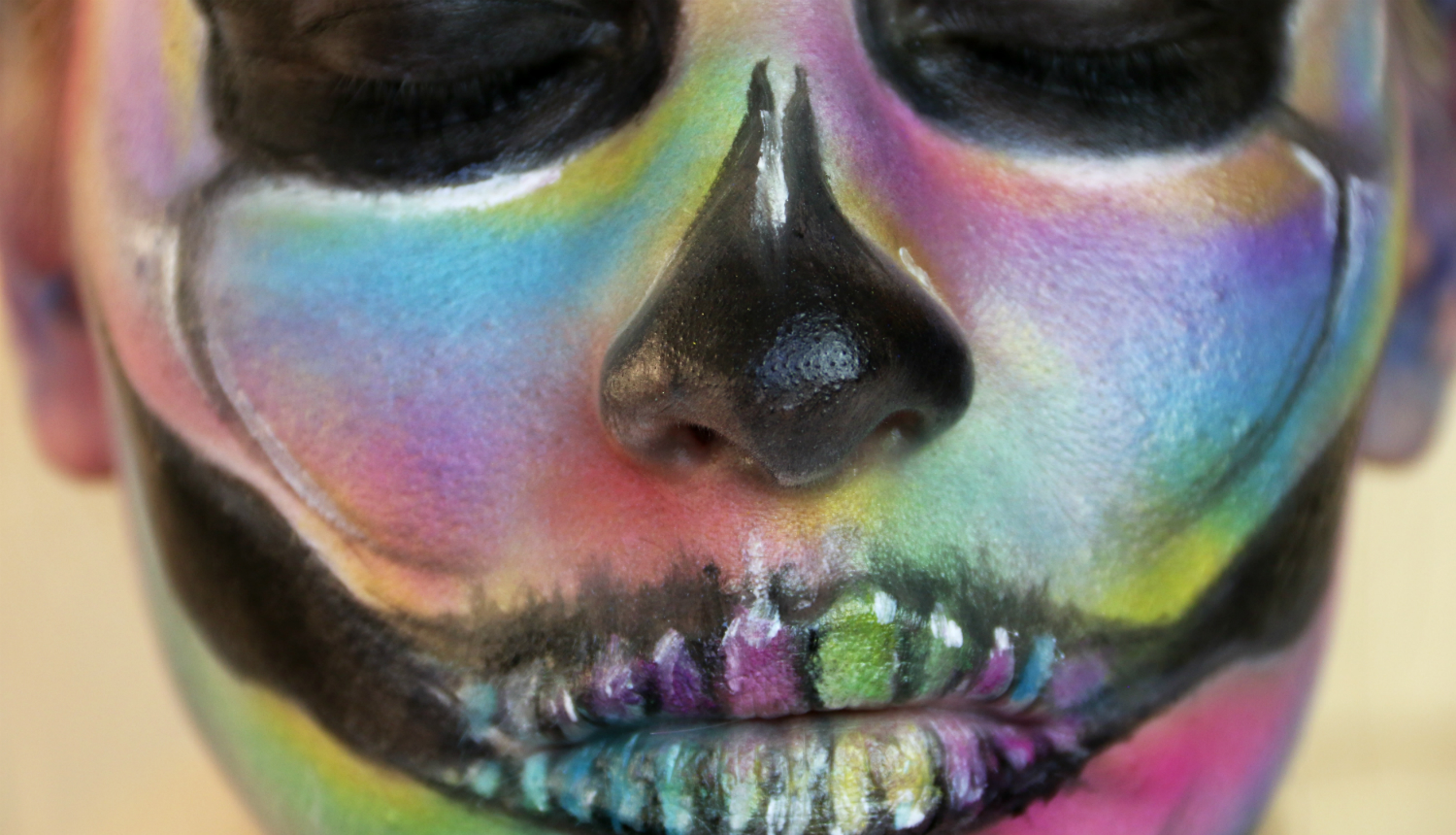 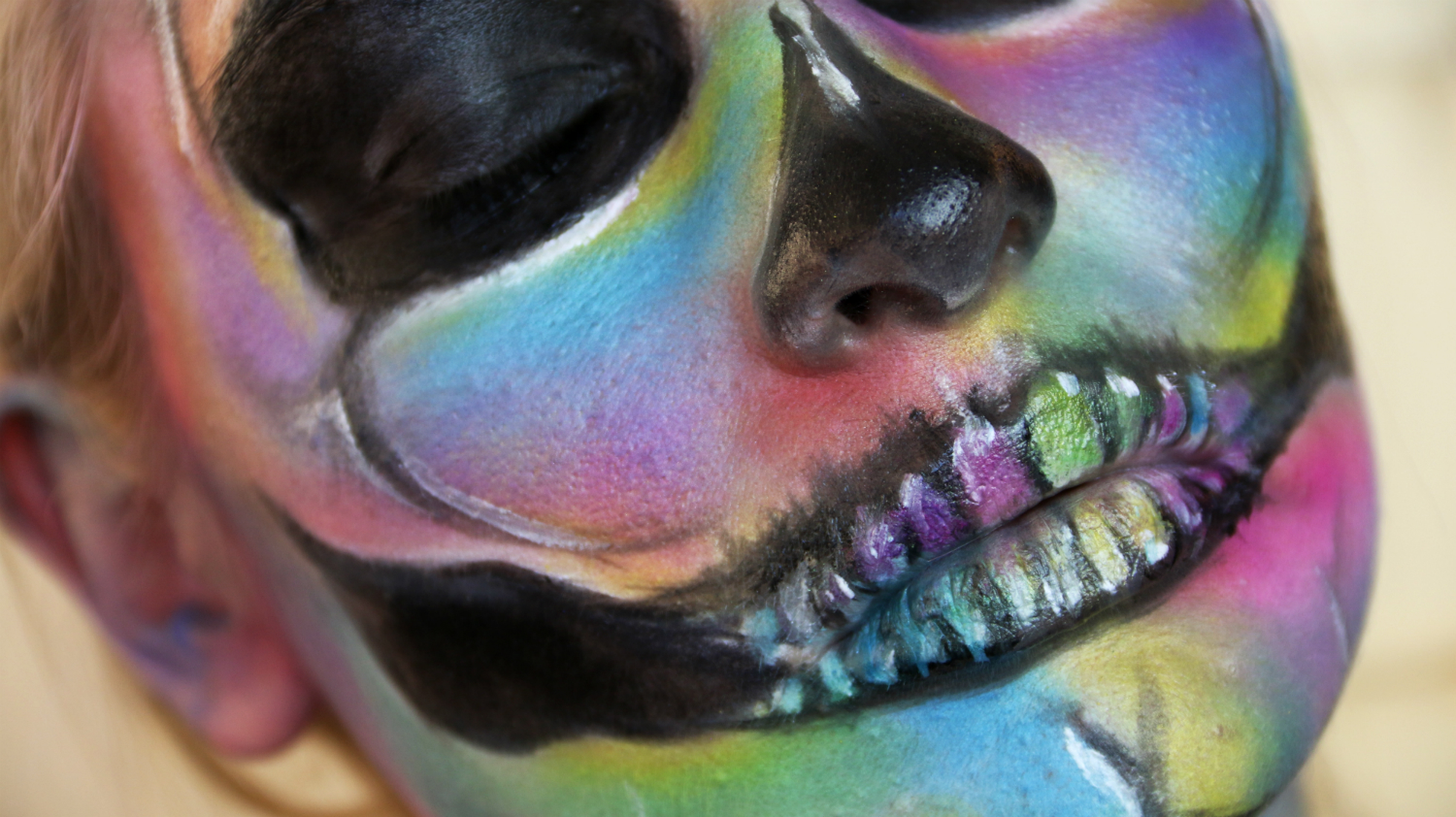 I wanted to create something spooky but also striking and really pretty!  I’m obsessed with rainbow shades and wanted to incorporate lots of colour (the other tutorial I filmed is also very colourful) so I decided a rainbow skull would be perfect!

It’s really, really easy to do but it does take a while to layer all the colours up.  It’s best to start with a white base so the colours really strand out and look bright so I used a white face paint all over, added the black ‘skull’ detailing with black face paint from poundland (don’t need to splurge to create striking looks) and used eyeshadows from the Urban Decay Electric Palette to build up the rainbow look.  Sleek Makeup also do a palette called ‘Acid’ which would be fantastic for this look if you’re on a budget.

I have another Halloween tutorial going live next Sunday too so be sure to subscribe to see that – www.youtube.com/snooksy

What are your plans this Halloween?