Since moving to my own place one thing I’ve really enjoyed doing in my spare time is baking.  I’ve never baked much before as I’m notorious for being a messy pup and didn’t want to stress my parents out too much by leaving a trail of sugar and icing around whilst experimenting at their home, but now I have my own home to look after (and a hungry boyfriend to feed) I’m unstoppable in the kitchen!

My latest creation was this Easter Nest cake and it came out so well I wanted to show it off!  It’s a double layer Victoria sponge (but with chocolate buttercream in the middle instead of jam) covered in chocolate melted shredded wheat, topped with mini eggs and little fluffy chicks! 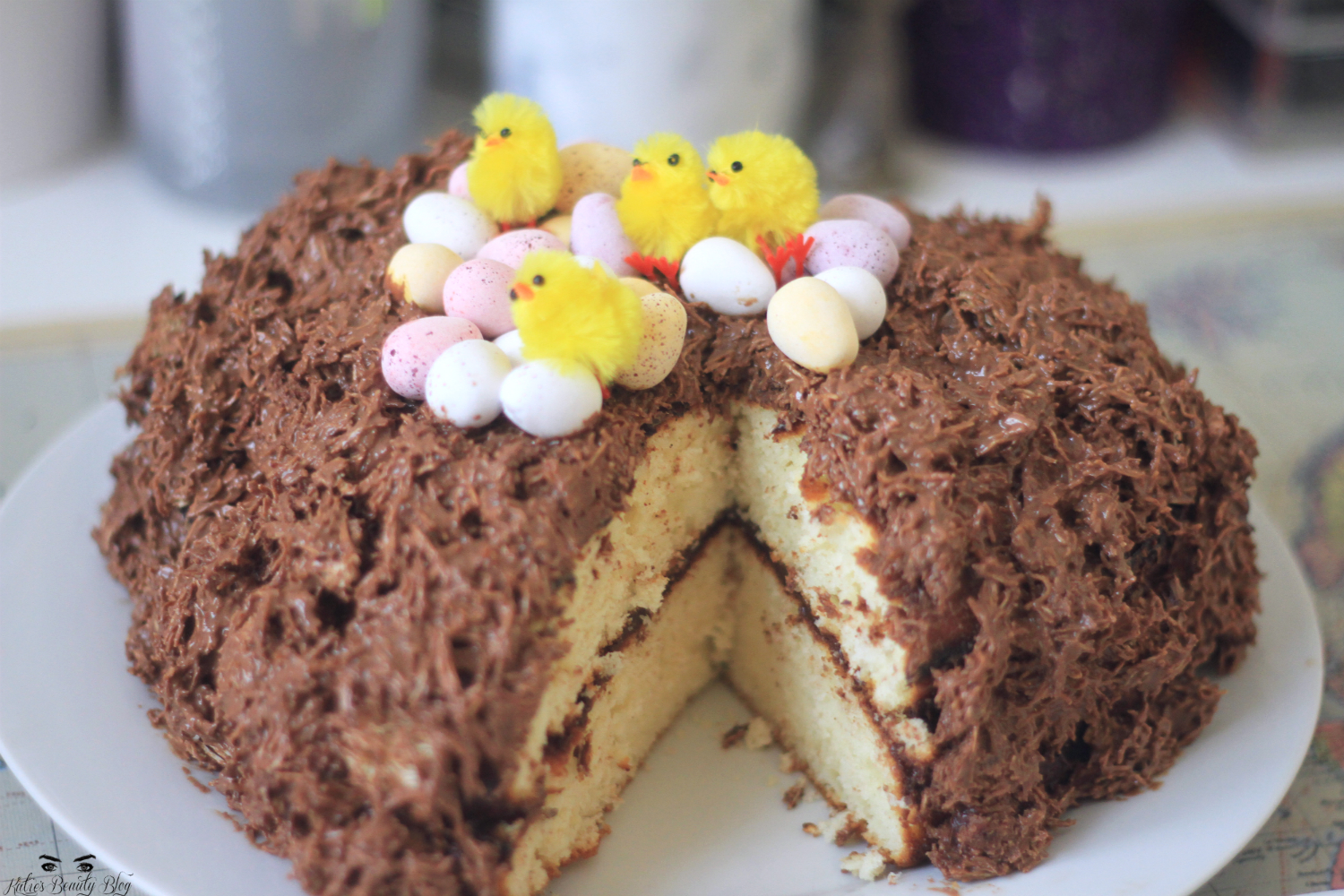 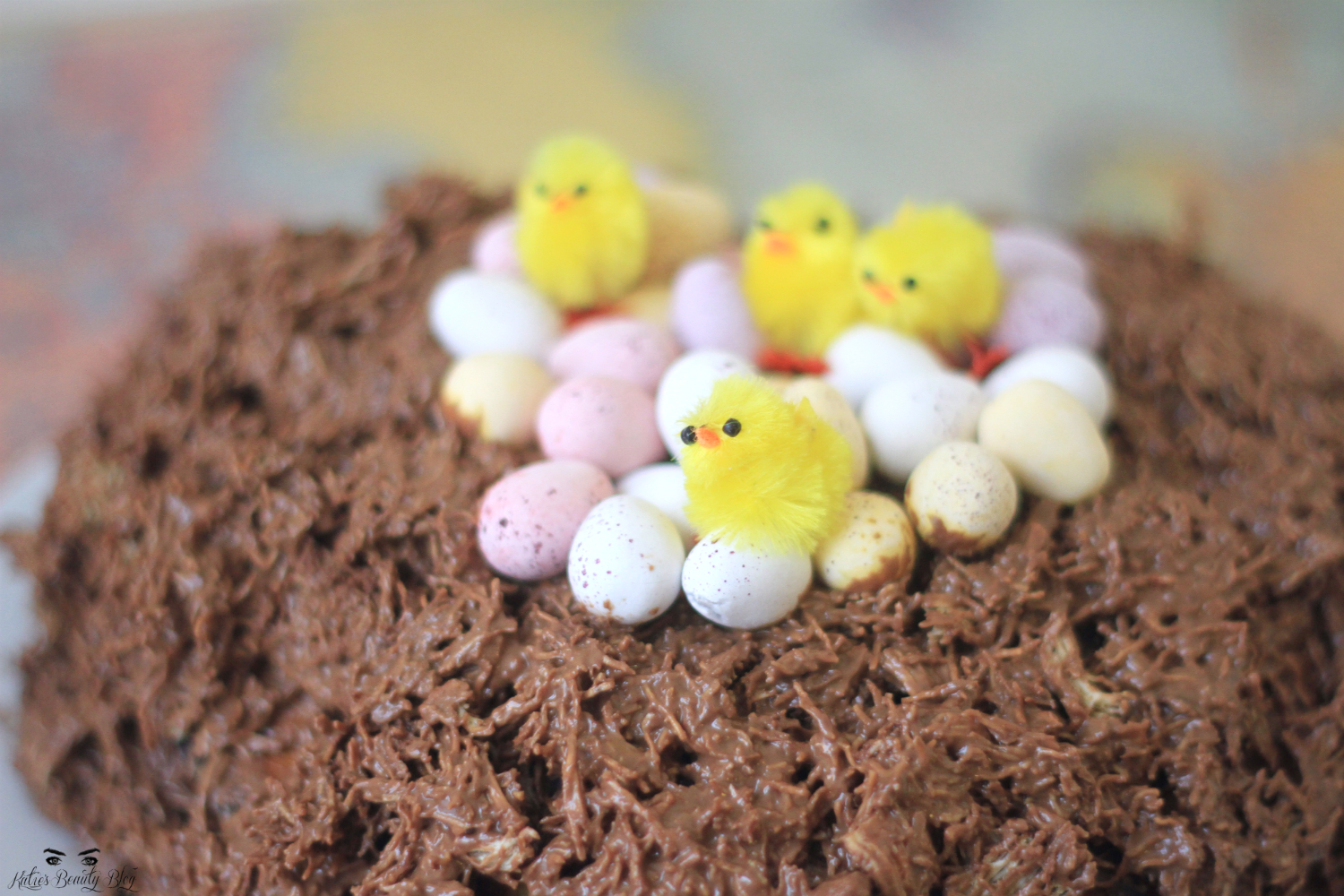 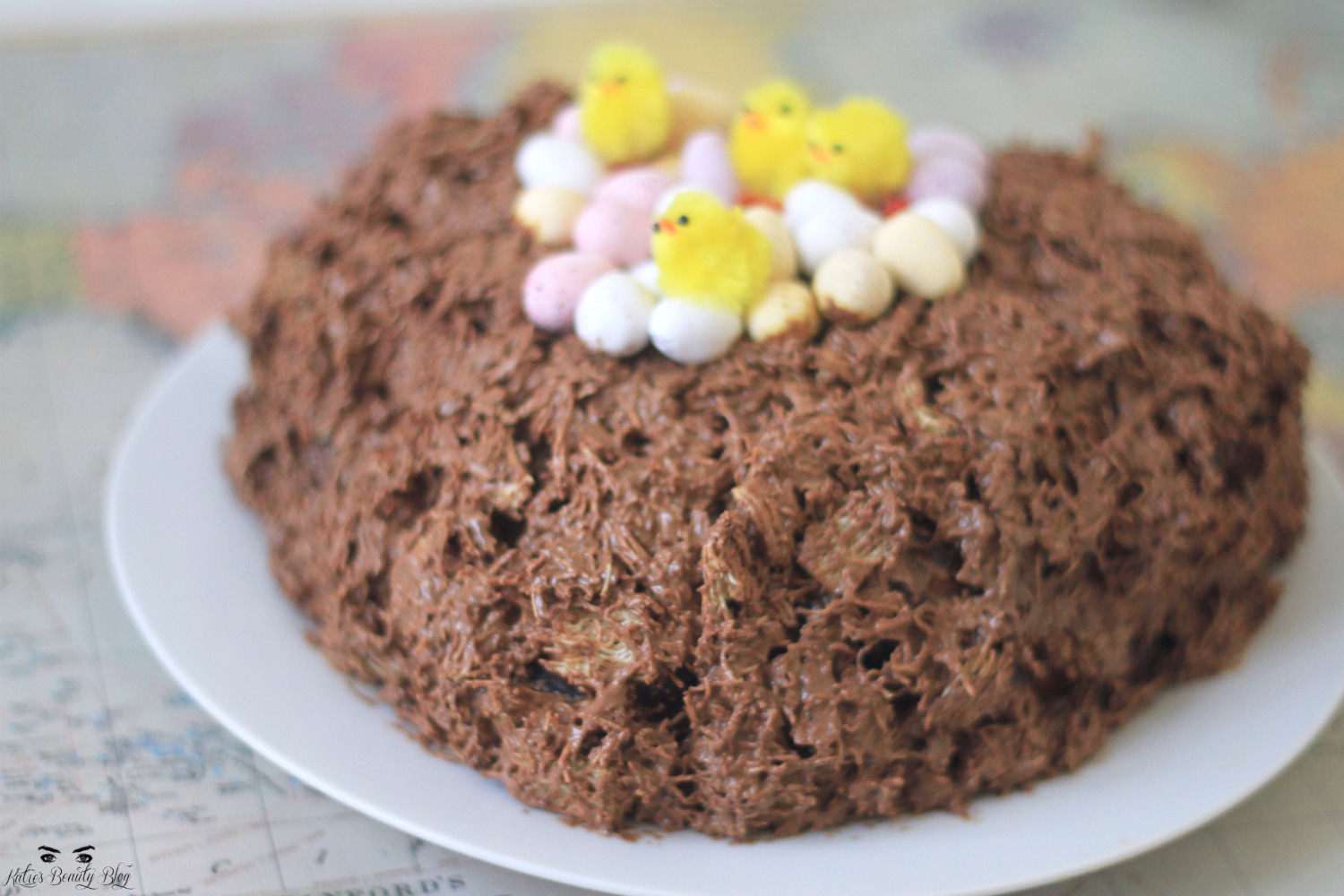 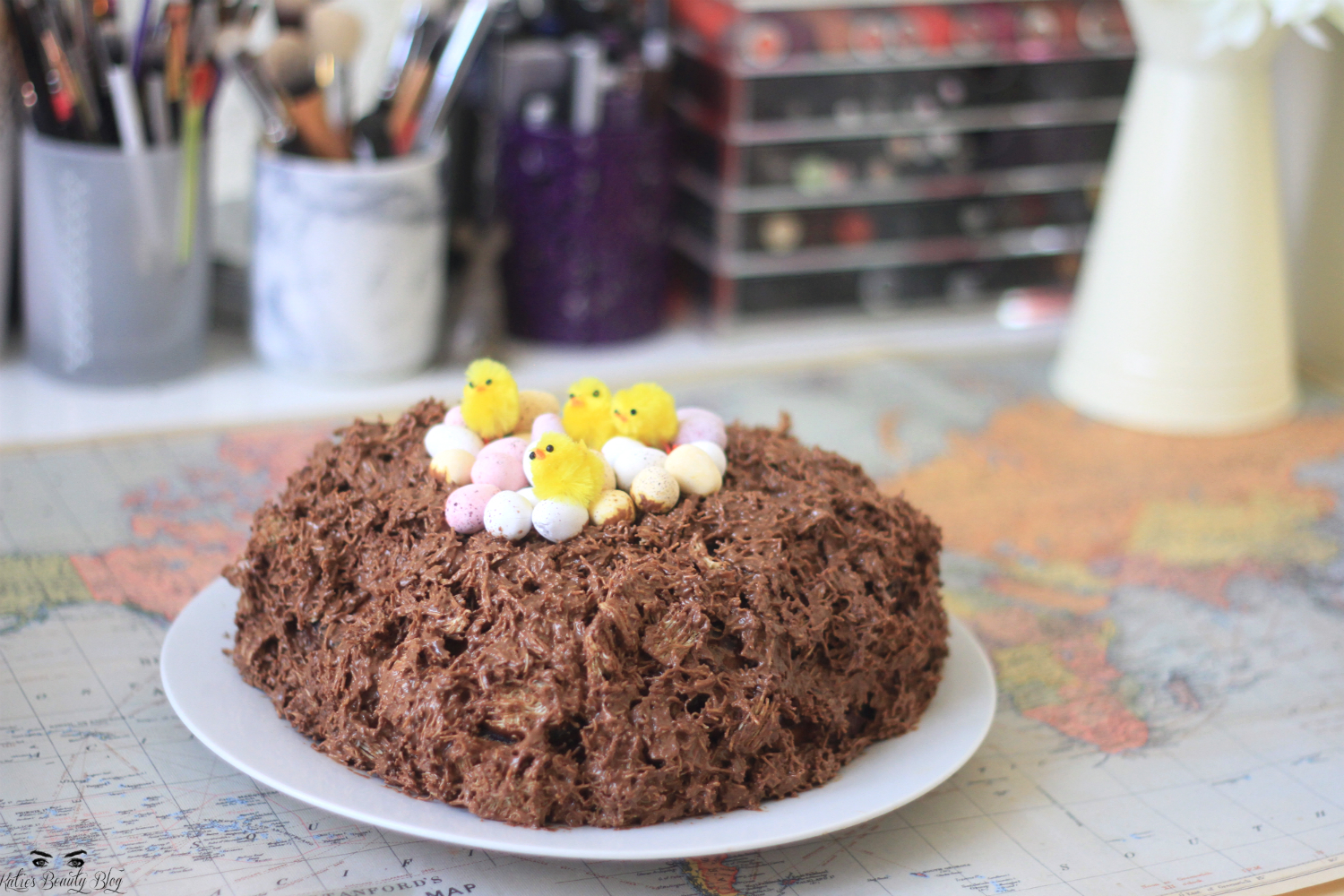 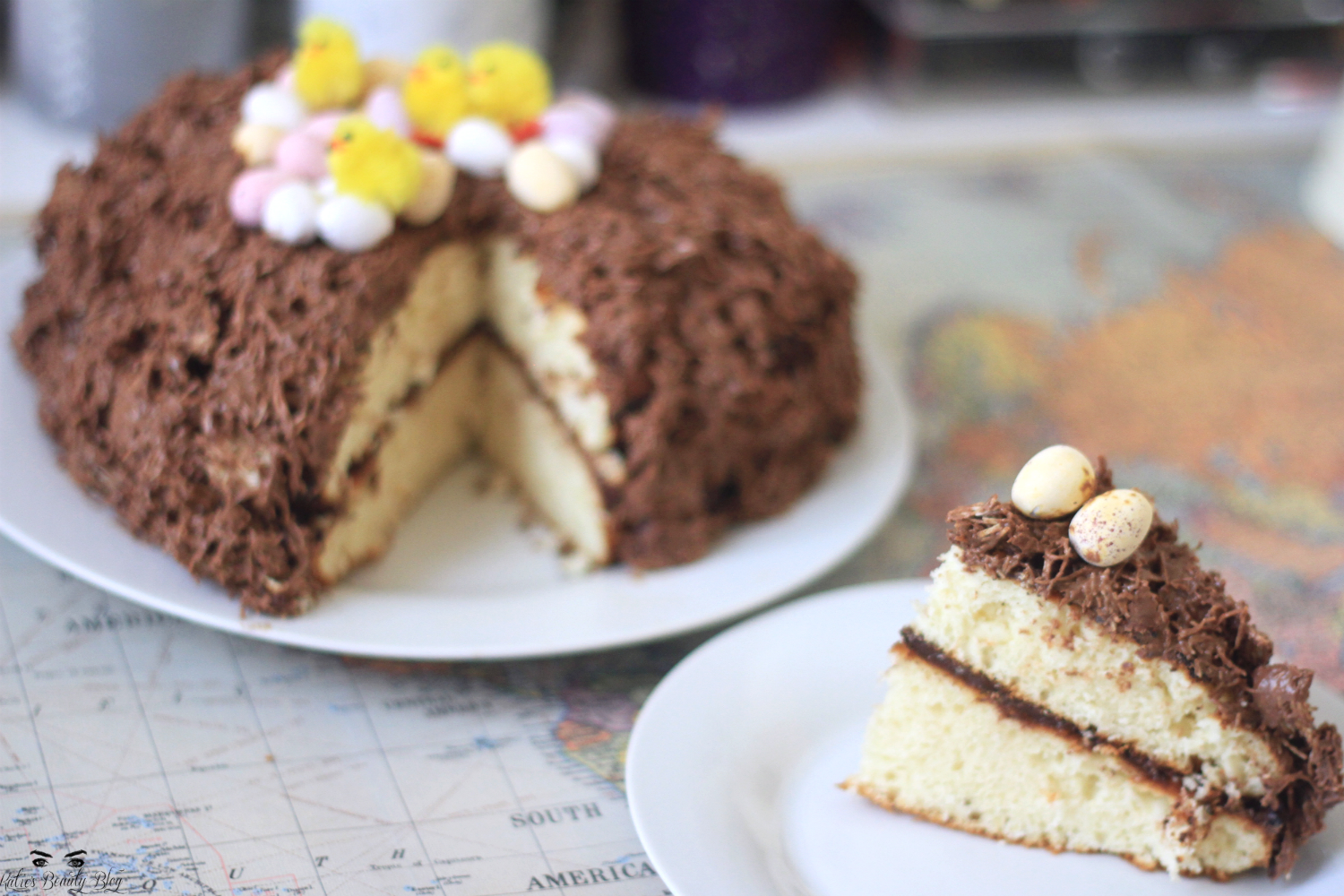 So I originally first heard about this recipe on the Mum’s Eye View YouTube channel where Anna SaconneJoly baked it with her adorable daughter Emelia so I followed the recipe she used on the Betty Crocker website to recreate it myself at home.

This was ridiculously easy to do as the recipe suggests using cake mix and pre-made icing to do all the work for you, my only problem is that I only had one cake tin and so I had to bake one layer after another and wait until both had cooled before joining together with the Chocolate Fudge Buttercream Icing.  The best part was mixing together mushed up shredded wheat with melted chocolate and patting it all over the cake to create the nest effect – it was a little fiddly but a lot of fun (and the leftovers were delicious).

You can see the full recipe here and be sure to check out Anna’s video too because it’s adorable!

I hope you all have a lovely Easter this sunday with your family!

What’s your favourite thing to bake at home?