Along with foundation and skincare, I think mascara’s are one of the beauty products which has taken me years to find my favourite.  I rarely buy the same mascara twice because there are SO many out there to choose from and because I’m always certain there will be a better one out there for me!

I’ve decided to start reviewing mascara’s in bulk, by range, in an attempt to help some gals out there decide on what they think might work best for them!

First up, are 3 mascaras from Collection! 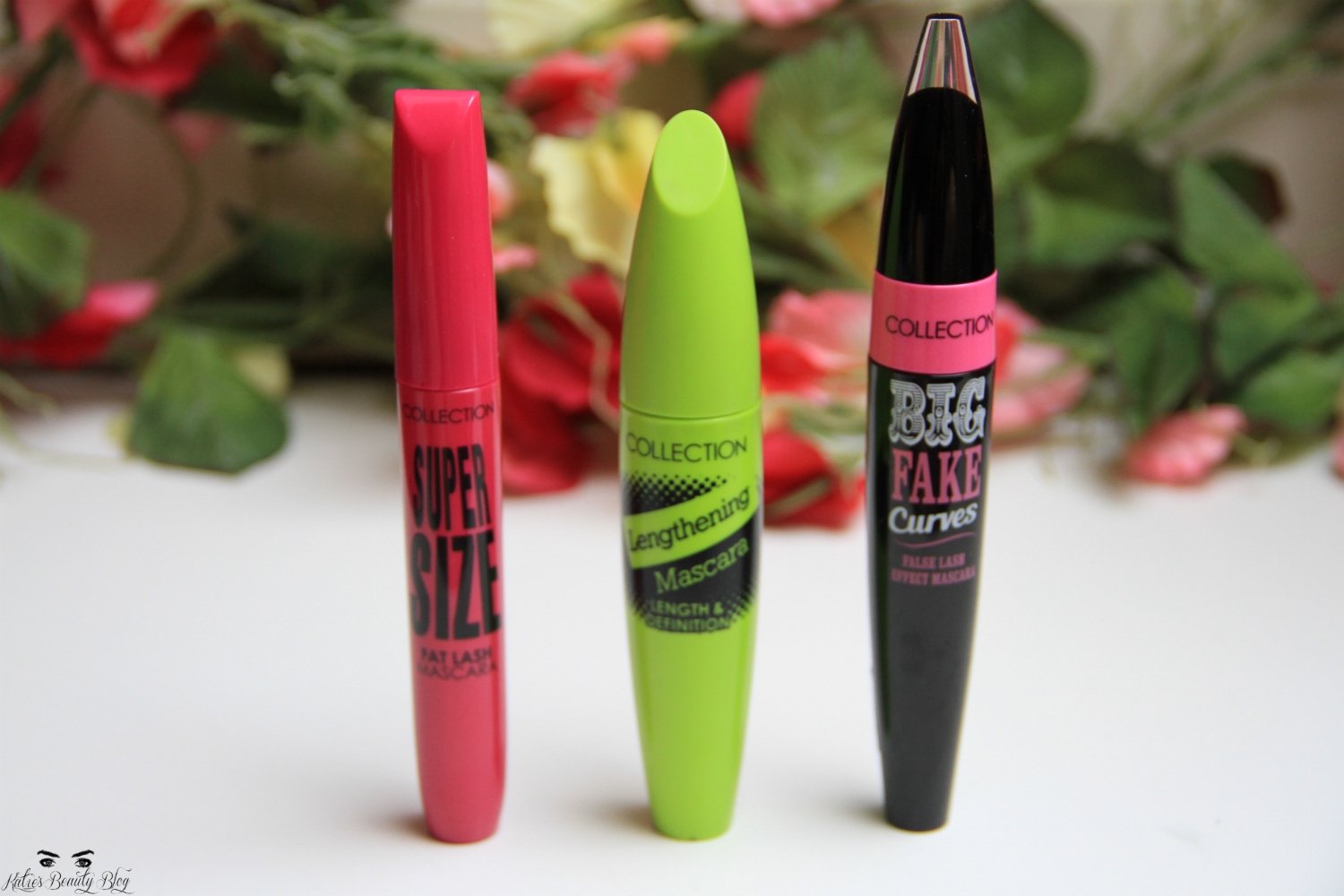 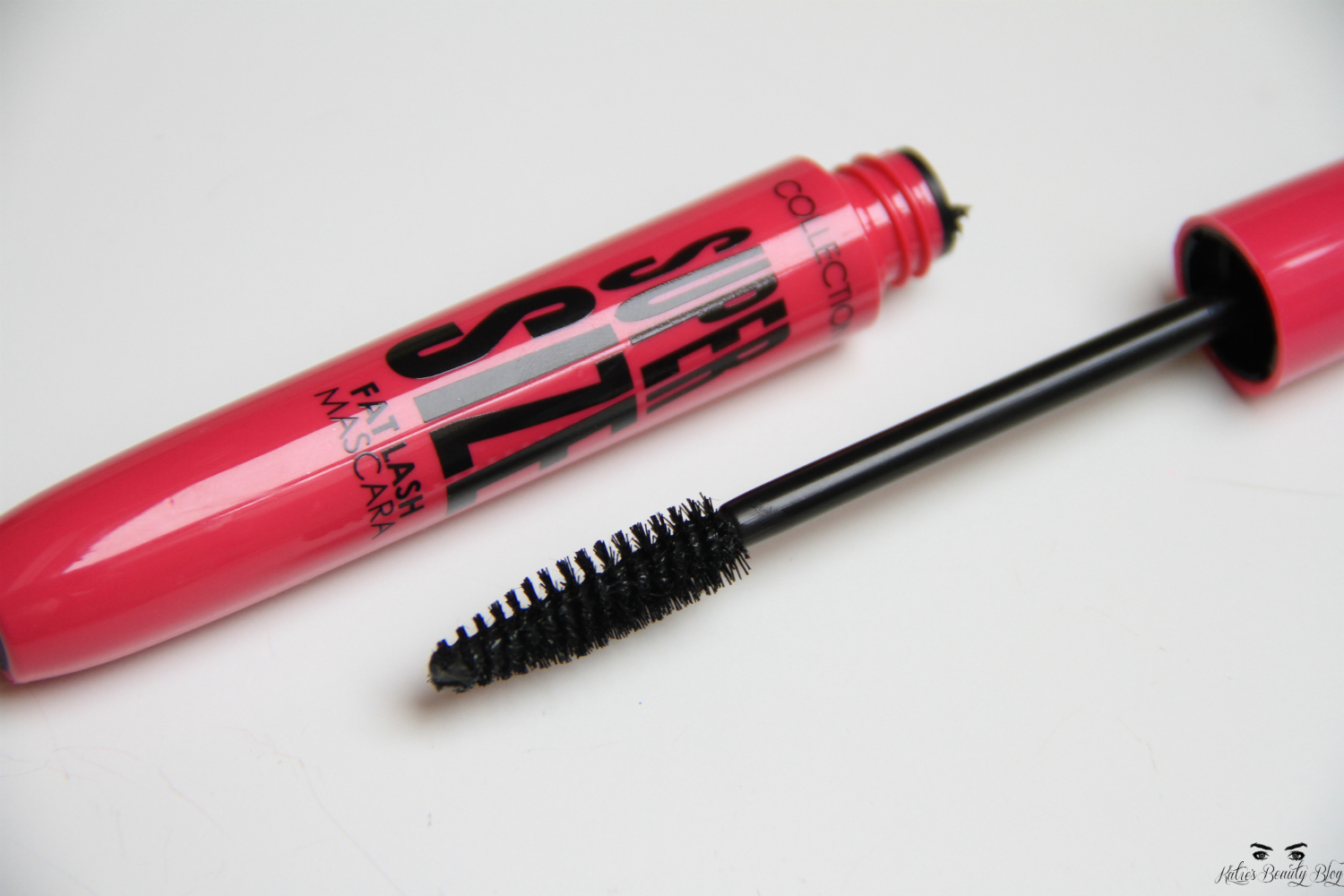 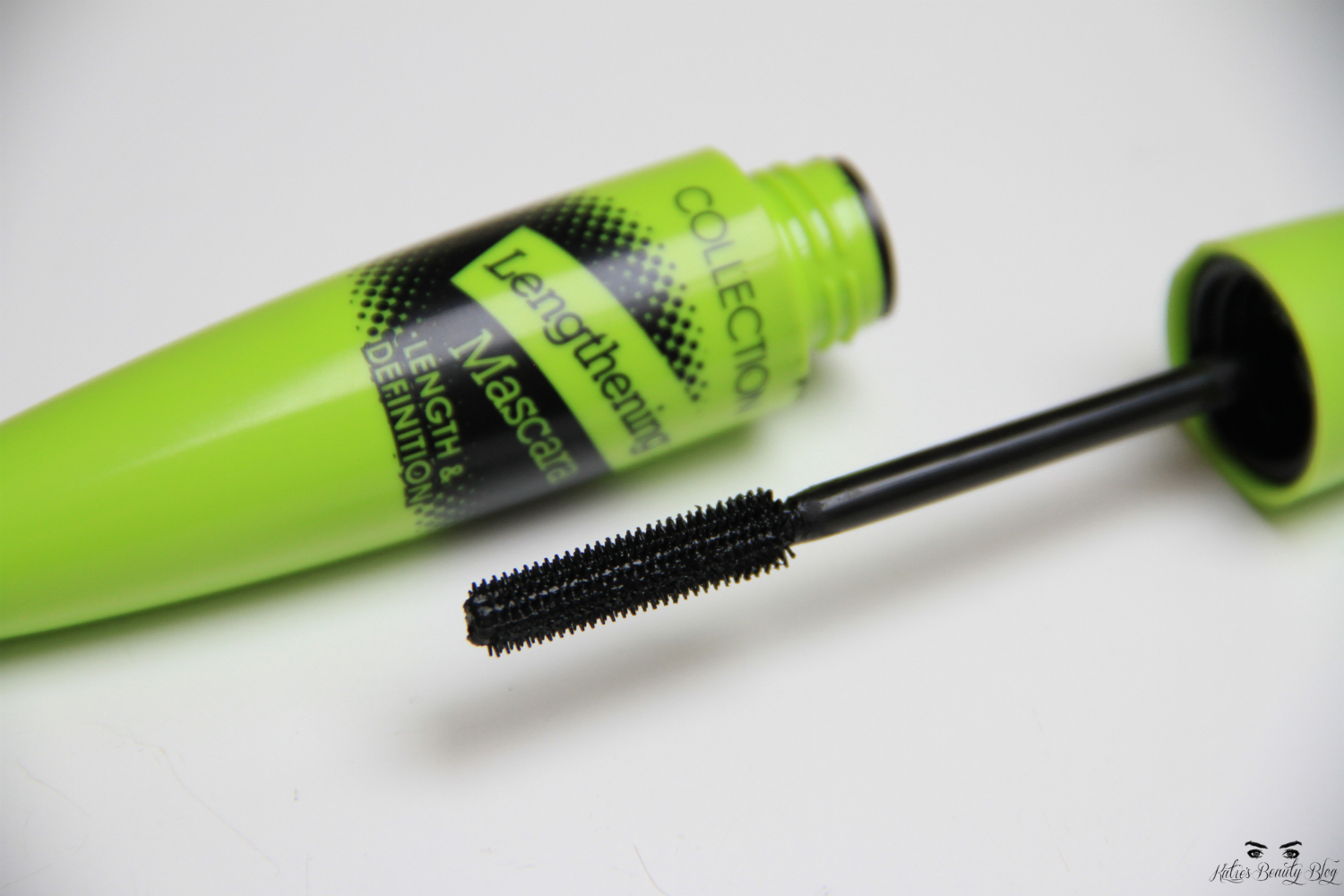 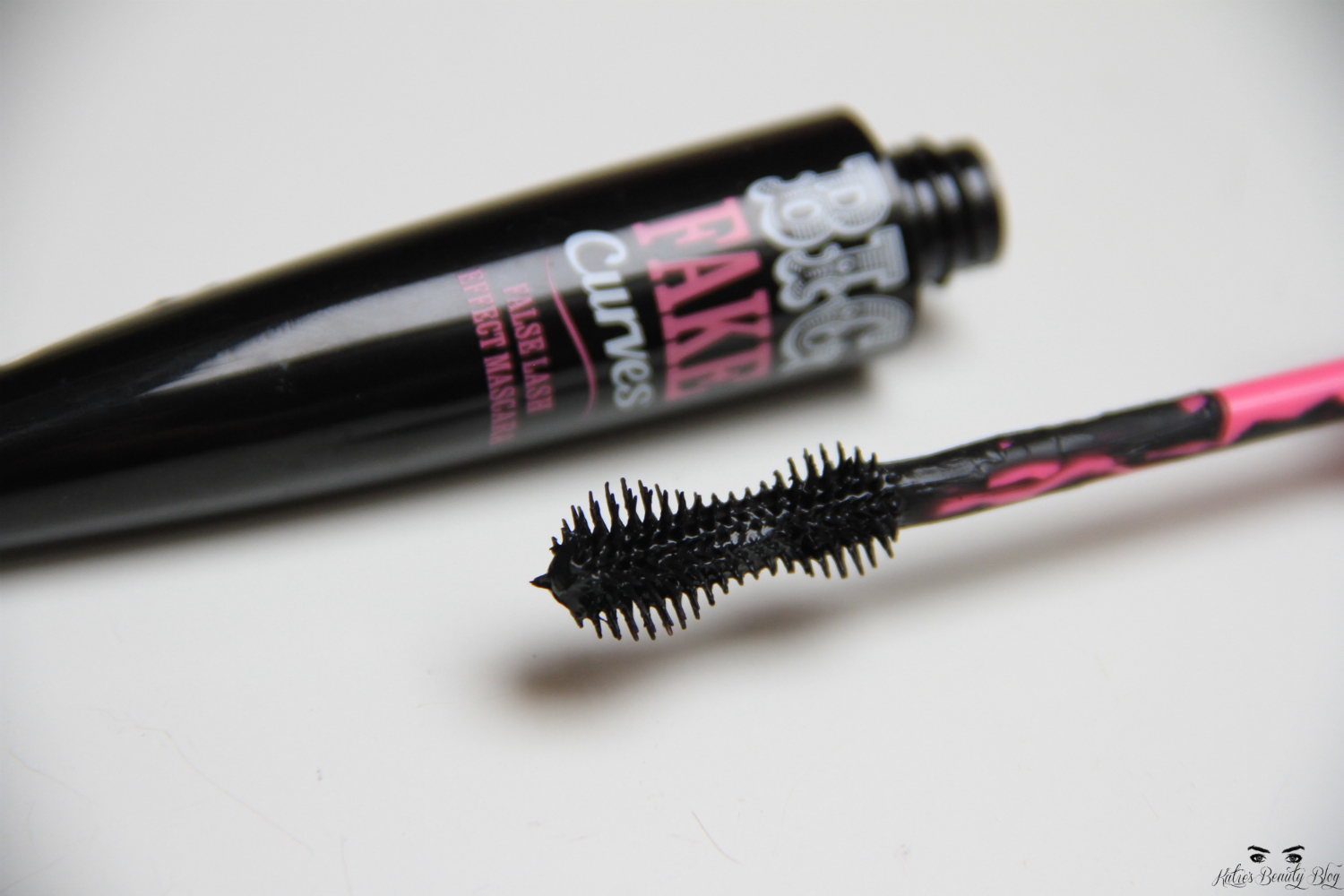 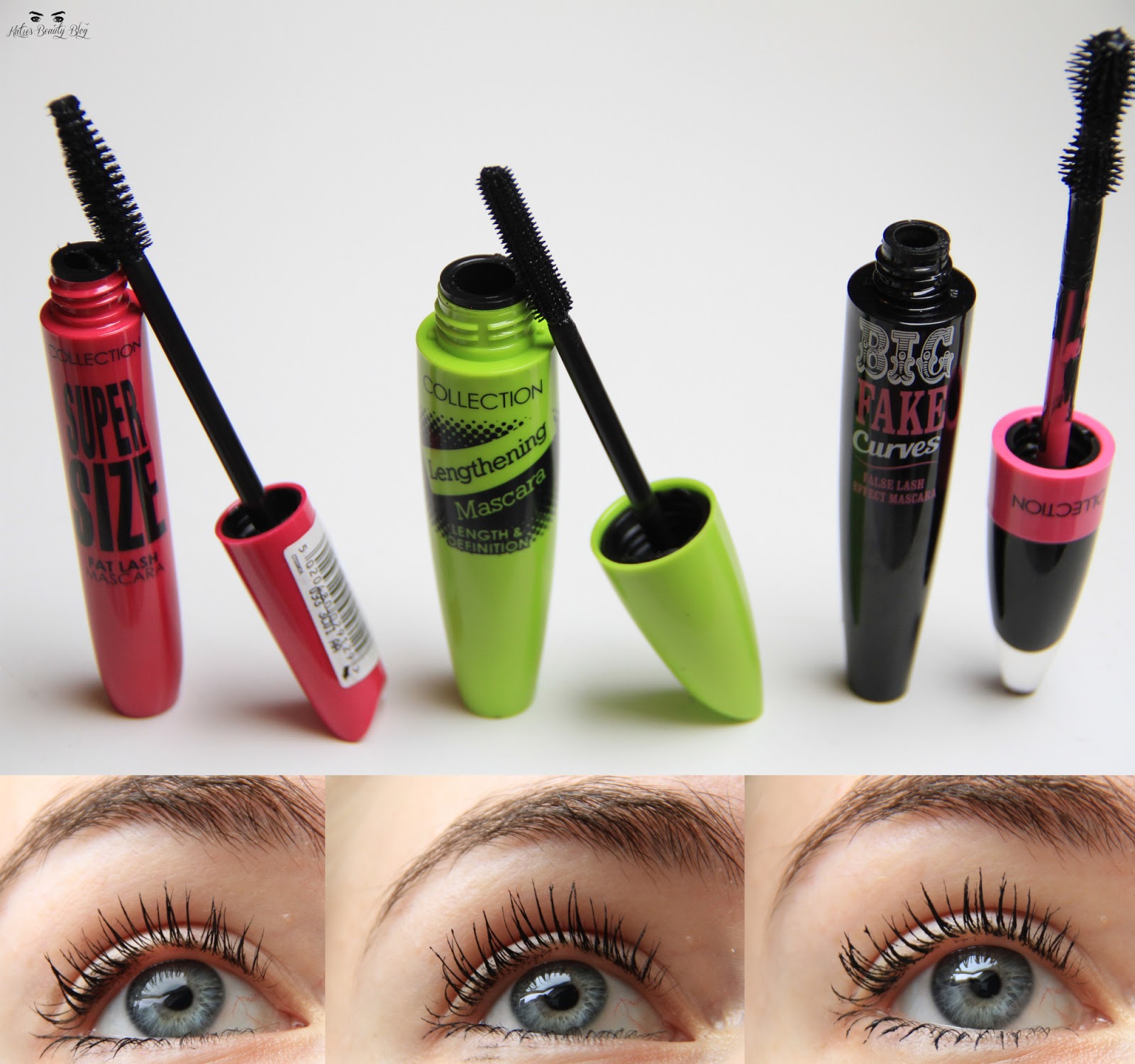 Super Size Fat Lash Mascara £2.99:
I had high hopes for this baby but it was honestly my least favourite of the three.  I felt it was really difficult to build up a good coating, despite having a big fat brush and it instead just really separated my lashes and combed them through.  Saying that, I know some mascara’s take a while to dry out to a good formula but it was still my least fav.

Lengthening Mascara £3.99:
This was my second favourite of the three and I think you can see in the middle image above, just how long it made my lashes.  It really promises to lengthen and it does just that, whilst coating a nice black shade on my lashes.

Big Fake Curves £4.99:
This came out trumps at #1!  I’ll admit, the brush is whacky, big and a little messy due to it’s shape, but I found it made my lashes look their best out of the three.  As I wear quite dark, heavy liner daily, I need a mascara which makes them stand out and this has the thickness to make them long and defined.  I did need to clean up after I use this though so have cotton buds at hand!

There we have it!  I hope you found this post helpful. This was the first time I had tried Collection Mascaras and for the price, I’m throughly impressed!  For under £5 is fantastic and I’ve found two new mascara’s which I love!

What’s your favourite highstreet mascara?  Have you tried a Collection Mascara before?