If I had one wish (apart from the obvious more monz, good health & bigger house plz) then it would be to be able to sing.  I’ve always imagined myself in a girl group (don’t laugh) and I think I’d be pretty good in a music video, miming and all the rest.

Anyway,  one day last year Andrew and I were trawling through my ‘music hard drive’ when we stumbled upon a particular song.  I was like ‘DO YOU REMEMBER THIS’?  And he was like ‘YES’ and we both ended singing Har Mar Superstar’s song in perfect harmony.  It was then that the Power Lunch Cover idea was born and we have been working on it ever since… 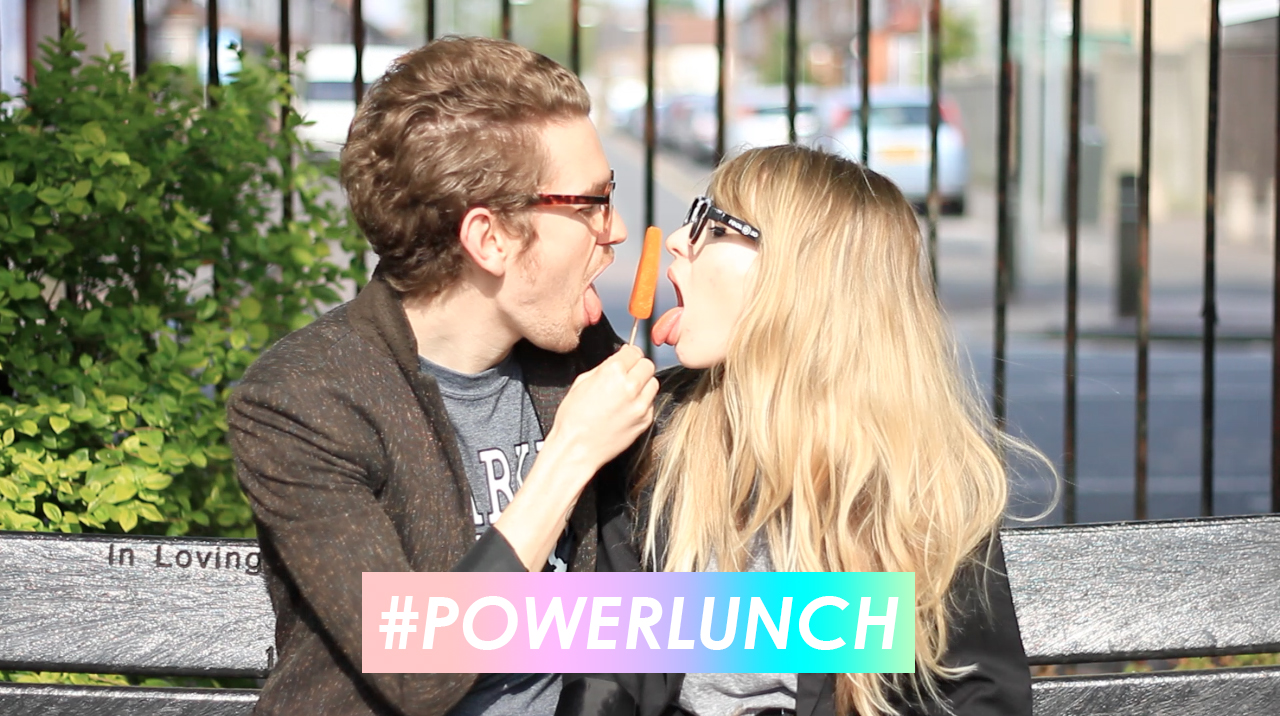 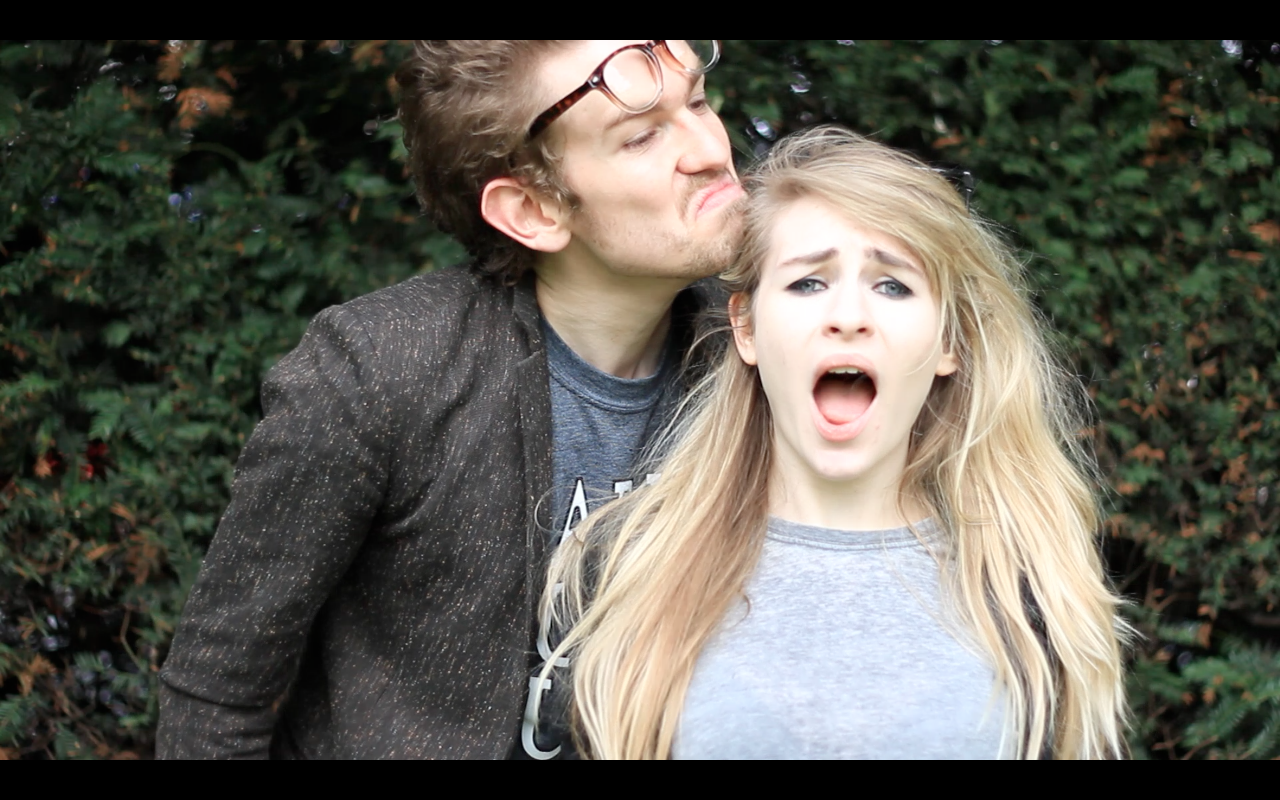 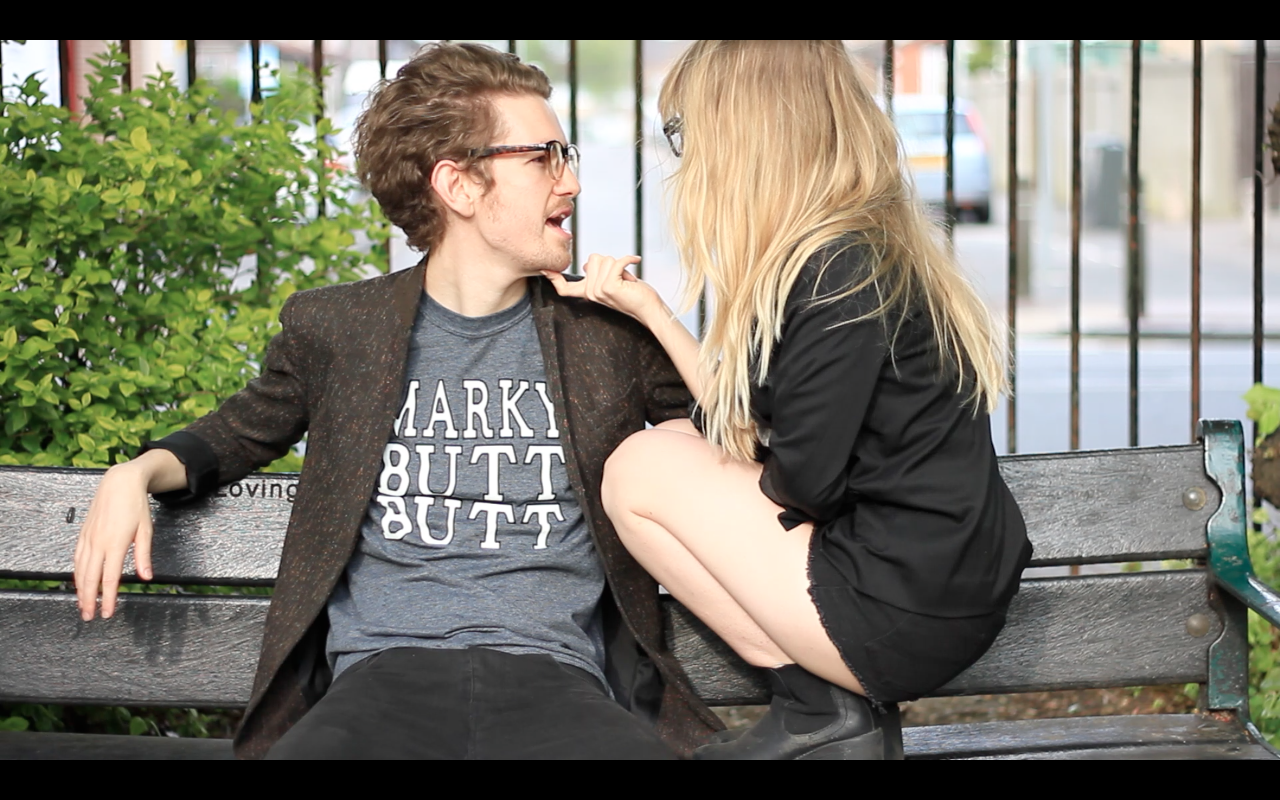 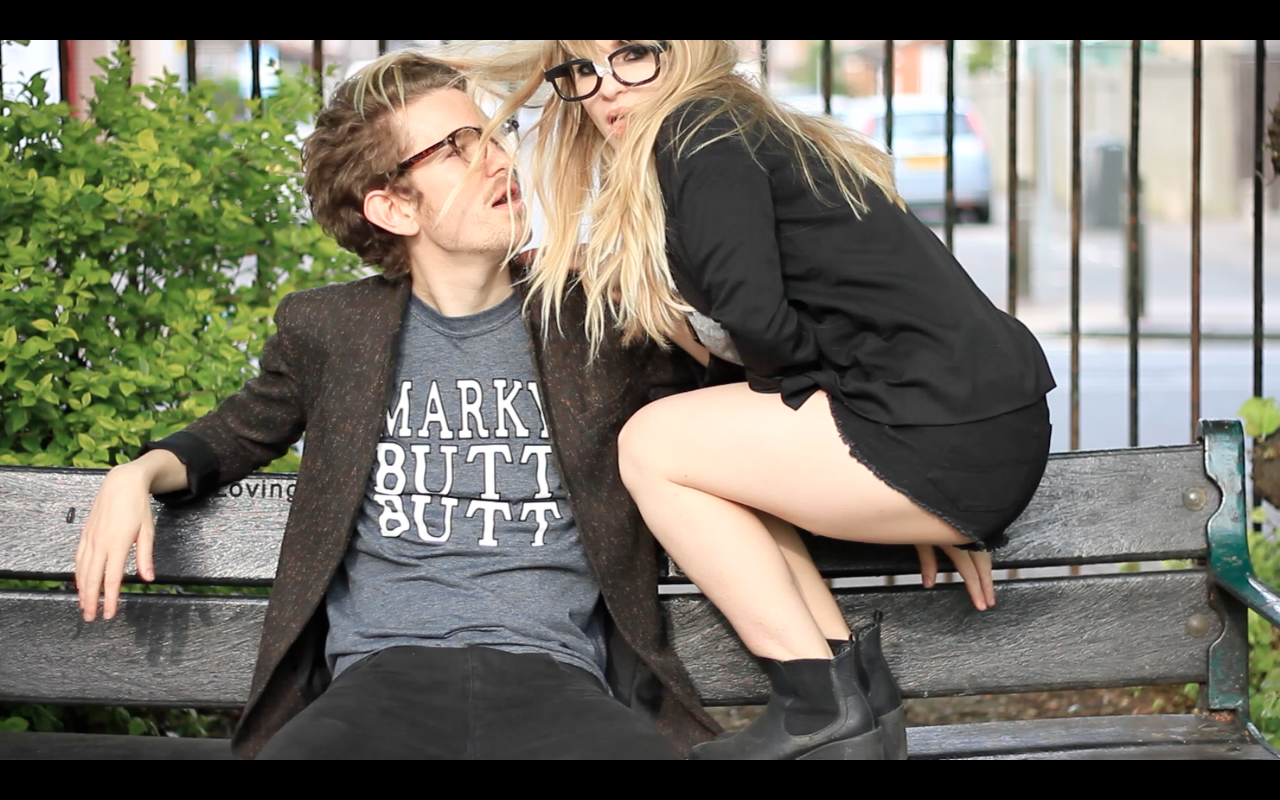 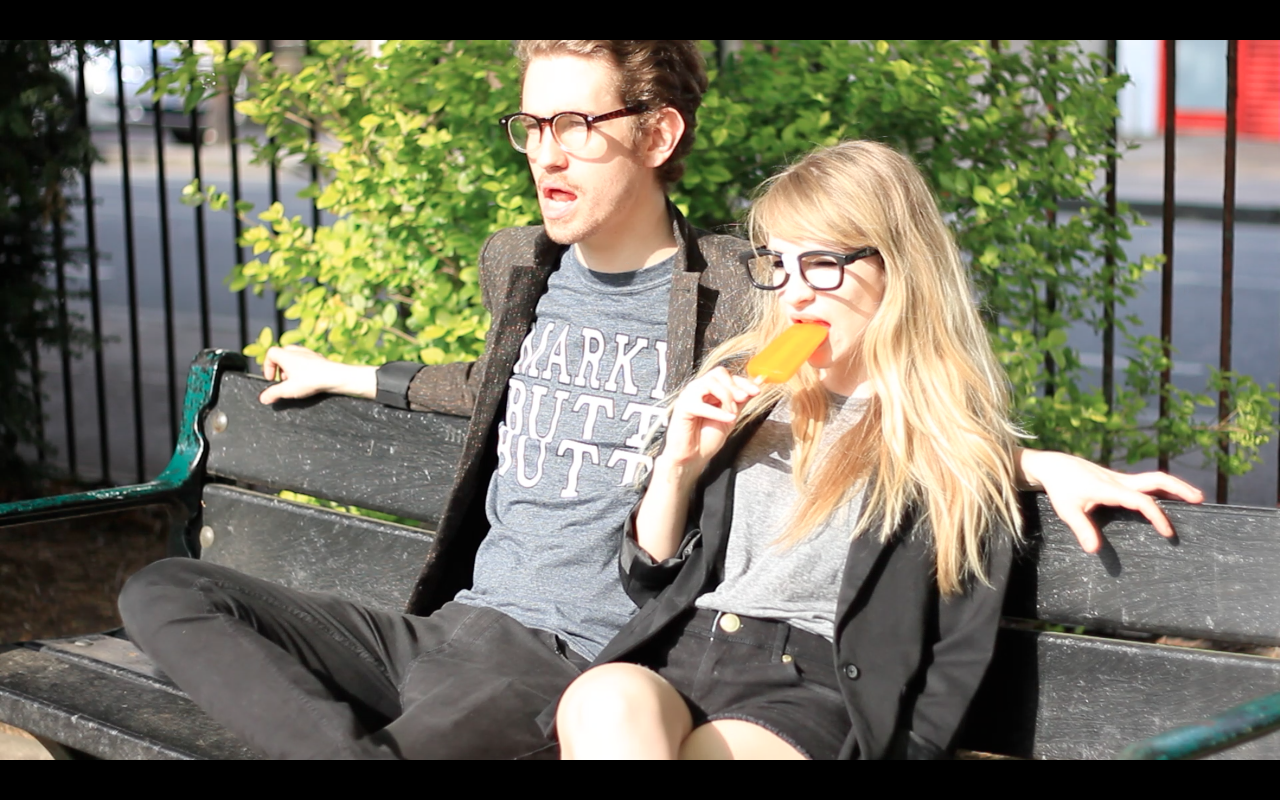 Andrew is incredible at music; he DJs, makes his own remixes and is the keys/synth player in his band Whisky Jax (they’re incredible, check them out here).  I too am creative, love filming videos/taking pictures/editing and so this really was a combination of both our talents combined (we hope you’ll agree)!

Andrew made the backing track from scratch and we spent an afternoon in my bedroom with his recording gadgets singing the track, which he then produced into our own song.  We then set on making the video, which we filmed in my local park.  Thankfully we didn’t get any odd stares (people must be used to this in Essex) and we had a big giggle lip syncing and trying to act saucy.

To be honest, I didn’t really think before hand how it would be perceived on YouTube.  I had some negative comments such as “I’m really embarrassed for you” “Katie I used to love your channel but this is just weird”, which did dishearten me (poor Andrew had to spend an evening convincing me that those comments didn’t matter).  I think in real life I’m very open, whacky and quirky that my friends and people who knew me found it hilarious whereas viewers just found it a bit odd.  Anyway, what I’m trying to say is it was a lot of fun, I’m glad we did it and there are definitely more covers on their way from us – we’ve just spent today recording our second!

You can watch bloopers & more outtakes on Andrew’s channel here.


Do let me know what you think & what songs you would like to see us do!