I GOT A HAIRCUT!

Yes – my first one since March 2010.  I definitely needed one because my hair was starting to be a bit too long – it’d get in my way all the time and was a little damaged.  I wasn’t originally going to get a chop if it wasn’t for a product which really, really dried my hair out, to the point that my ends were a ball of frizz (picture at the bottom of this post).  So I took that as a big hint that I needed to book an appointment.

I decided to go to my local Toni and Guy salon in the shopping centre I work in – Lakeside.  I’d never been there before and had a 20% off discount card so I thought why not!

This was my hair before, around 29 inches long – 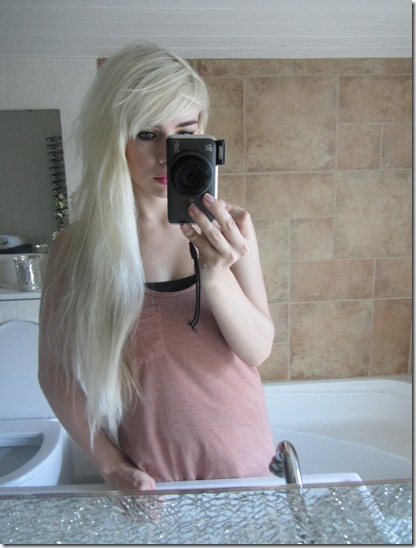 And here is the before and after –
(the afters were taken at 11pm that evening which is why the lighting is different!) 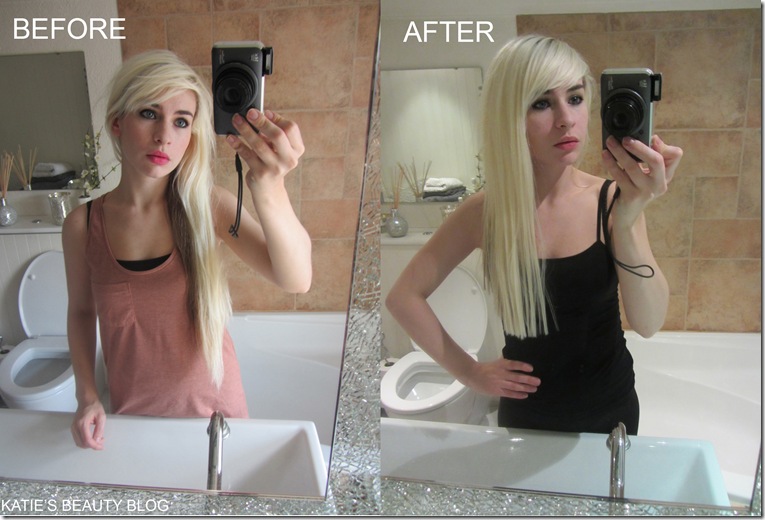 I had about 6 inches cut up so it now rests just below my chest.  The whole experience was quite nice – the salon was clean, the hair wash was incredible and was followed with a head massage which nearly put me to sleep.  I discussed with the hair dresser that I needed the ends off and she agreed and said about three inches (I thought this was good because normally they always seem to want to chop everything off) and I said, nah lets go for six!

She brushed my wet hair through with a tangle teezer, applied some conditioning leave in cream and began chopping.  Then she blow dried and straightened my hair and finished off the cut, making sure it was all even.

She also asked if I wanted my fringe trimmed a bit.  Normally I would have said ‘no’ and ran a mile but because I felt comfortable with her ability and liked the cut so far I said yes and I’m so glad I did.  My fringe before was too heavy and long but now it can be swept neatly to the side and is much lighter on my face. 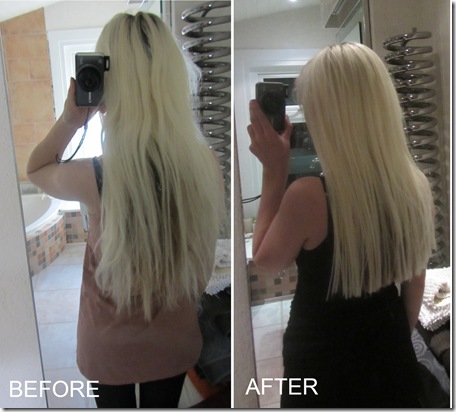 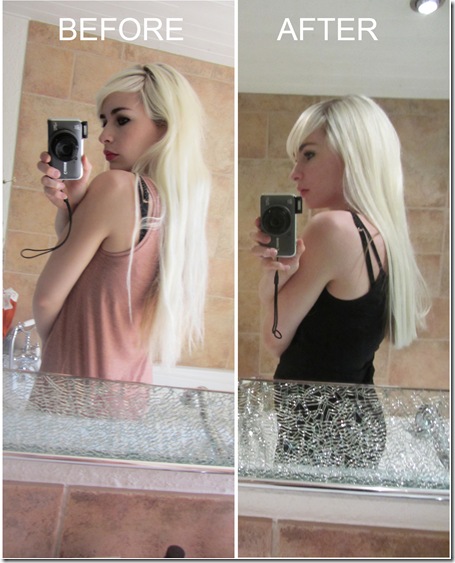 The damage before and after – 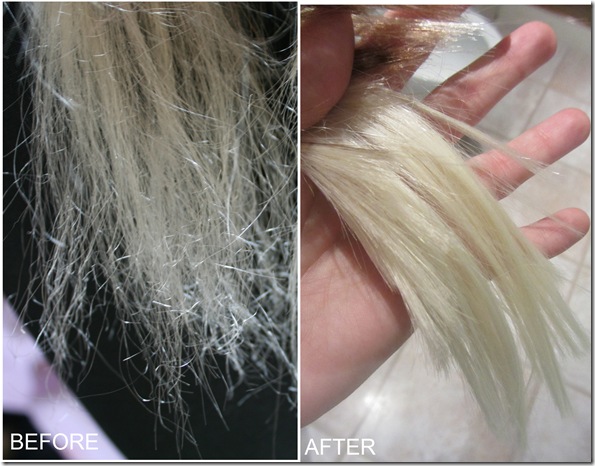 The before is one section of my hair that was damaged using the product, and afterwards – no frizz, split ends or frazzling.

What I think – I paid £40 for the cut which is so expensive I personally think.  I honestly don’t have that type of money every time I need a trim which is probably one of the reasons as to why its been a year since I last cut my hair.  Apart from the price, I’m happy with my overall salon experience and the cut.
My hair is SO much easier to manage now and I quite like the length, although I miss my long mermaid hair terribly.

Do you like my new cut?  What is your favourite salon?

P.S – I’VE ALREADY BOOKED IN MY NEXT APPOINTMENT FOR A HAIR COLOUR CHANGE TOMORROW! ARG!
The next time I post I will no longer be bleach blonde, but a natural blonde!  Very nervous – wish me luck!