Ever since trying Sleek’s gel eyeliner a year ago (review here), and having great results from it, I’ve been looking for another one that is preferably a little more higher end so that it doesn’t dry out so quickly.  I decided on MAC’s Fluid line gel liner in Blacktrack after reading loads of great reviews on it.  I’ve been wearing it for the past two weeks now and here is my verdict. 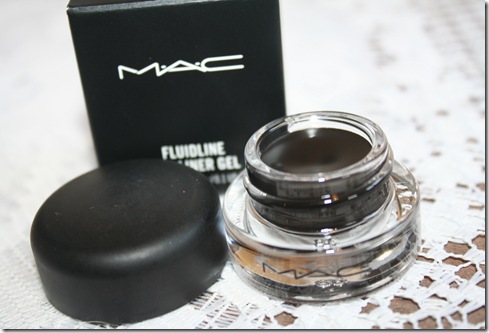 The formula is quite different to Sleek’s £5 one, MAC’s is a lot creamier and softer which is good because I think it will last longer before drying out in the pot, but because of this it just doesn’t last on my eyelids.  I have never before had a problem with an eyeliner fading so fast on my lids and this has really shocked me.  I’ll put it on in the morning, and two hours later it’ll just be a slight blur of a black liner and the flick would be half disappeared for sure.

I also can’t get a nice flick with it, probably because of the consistency/formula, where as I used to achieve the most lovely flicks with Sleek’s.  Maybe I’m just using it wrong but to be honest I have the right to be fussy because it is £13.50 which I think is quite expensive for an eyeliner.  I wouldn’t repurchase this, instead I’d prefer to try another brand – I’m already eyeing up New Cid Cosmetics gel liner which I’ve tried on the back of my hand and it stayed on for a whole day. 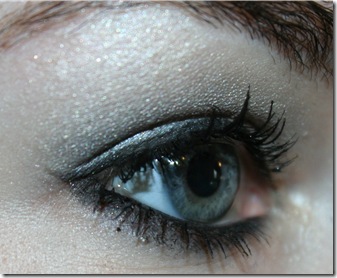 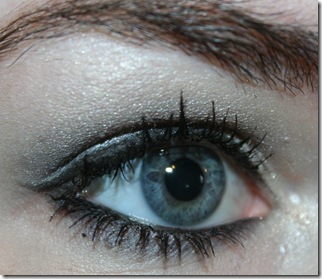 These photographs were taken twenty minutes are first applying the gel liner to my top lip, and as you can see the flick is already fading.  It also isn’t as black as the pencil kohl liner on my bottom lash line. 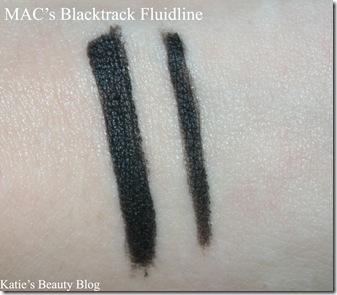 The weird thing is, on my hand it looks great but on the eye it just doesn’t!

Do you like this gel eyeliner?  Which is your favourite? Recommend me some!