So I did a tadddd of shopping the other day and just accidentally seemed to buy make-up! I’m so bad.

So, went to MAC in London’s Soho a few weeks back and bought 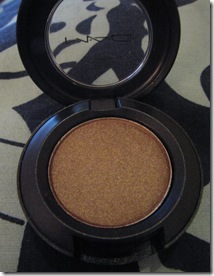 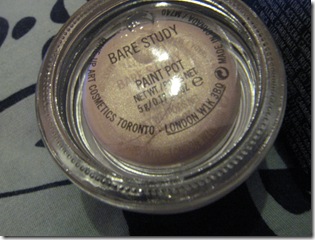 I’ve never buy more than two items at MAC, ever, as I always feel so naughty and guilty doing it, as although everything is just beautiful, I’m only a student and just can’t afford it in the first place!  But my collection is slowly growing and I adore every item that I’ve got there.  I decided to get Bare Study PP as I LOVE shimmery gold eyeshadows, one of my favourite eyeshadows being MAC’s Nylon, and as that’s running out I decided on this!  So far I’ve only used it with UDPP underneath so I’m not sure at its staying power and its ability to non crease yet, but we will see. Woodwinked is just beautiful, I can’t find any faults in MAC’s eye shadows.

So then, last weekend I went shopping for some black cardboard for my project and for some milk and bread, and came back with lots of make-up and feta cheese! Ugh, help me someone!  I blame this on the ‘Boots Clearance’ in my local retail park.

Boots clearance is actually, uh-mazing.  They have so much stuff for so little money.  For example, I bought 10packs of colour camera film for £3! (Would have been £10 in a normal Boots).  Basically, all discontinued products go to Boots Clearance stores and get sold for little dosh.  This doesn’t mean the products are out of their sell by date, it just means they need to get rid of it as the packaging is being re-vamped or its being replaced etc.  Obviously I had a look around the make-up session and ended up getting this- No7 Nail base colour in 10 Nougat.

Firstly, how cute are these eye shadows! You choose your colours individually and then pop three of them into the magnetic compact case, which has a mirror as well… 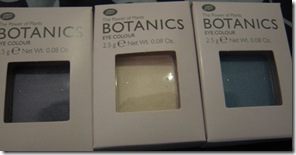 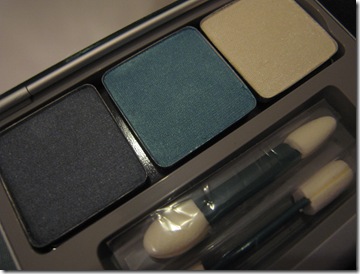 I haven’t tried the blush yet, but will do soon!

Also, the Botanics foundation is pretty impressive, its SPF12 and its actually the palest colour I’ve ever seen on the high street, and I thought the one I was using now was the palest (L’Oreal infallible perfecting foundation 015 Porcelain).  The jar is pretty annoying to use as its just a stick attached to the lid, but I’m pretty positive i could screw one of MAC’s foundation pumps onto it.

You know what, I have NEVER seen Botanics make-up in a Boots store before, no wonder its all being discontinued! All of this came to like £7, which is an absolute bargain, the only let down being that once its gone I won’t be able to purchase again.

Has anyone been to a Boots Clearance before?

Also, I have 50 followers!! Wahhayyy!! I will be doing a free give-away later this week to celebrate so stay tuned!! XX